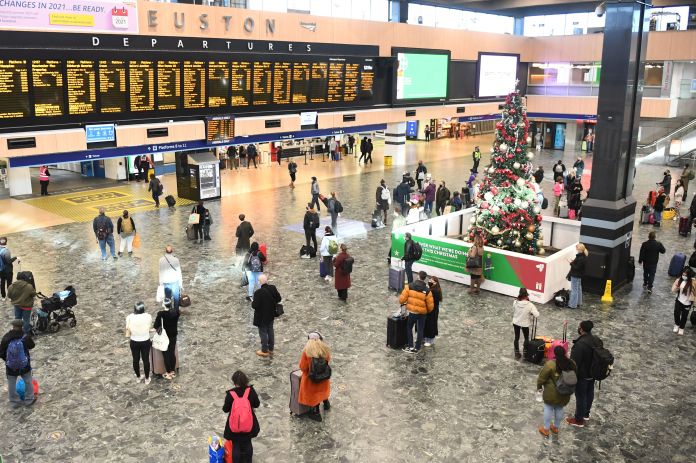 BerlinBecause of the variant of the corona virus discovered in Great Britain, Europe is increasingly sealing itself off from the United Kingdom at the beginning of the week. Landings from Great Britain in Germany are prohibited from midnight (Sunday, December 20th), as stated in an order from the Federal Ministry of Transport on Sunday. Exceptions are pure cargo flights, flights with medical staff or if jets only return to Germany with crews on board. In the new week, the federal government is also planning further restrictions on travel to South Africa, which is also affected.

To protect the population in Germany and “to limit the entry and rapid spread of the new virus variants”, an immediate, temporary ban on flights from the United Kingdom and Northern Ireland is required, explained the Federal Ministry of Transport in the new regulation. Virus mutations were reported from there that had not yet been detected in Germany.

According to the ruling, the landing ban will initially apply until December 31st. The background to this is that it is based on an existing EU regulation for the fastest possible implementation – and Great Britain is only temporarily in the EU internal market until the end of the year. Further restrictions should still be set by ordinance, as it was called in government circles. This requires a somewhat longer lead time – because regulations must first be announced in the Federal Gazette before they can come into force.

Health Minister Jens Spahn announced on Monday that a regulation would restrict “all travel” with Great Britain and South Africa. The CDU politician said in the ARD broadcast report from Berlin that the reports from Great Britain are to be taken very seriously: “The significantly faster transferability, as is suspected in this case, would of course change a lot and therefore it is important to add the entry to Germany, on continental Europe. ”It is important to verify the findings about the virus variant and at the same time to act with foresight.

Spahn expressed surprise that many Germans obviously wanted to spend their Christmas vacation in South Africa. He wonders if these people have not heard the messages not to travel and limit contacts. The Federal Ministry of the Interior ordered the Federal Police to systematically check travelers from Great Britain and South Africa with immediate effect. This applies to the correct registration in the digital entry application, said a ministry spokesman. Necessary infection protection measures should be coordinated closely with the locally responsible health authorities. Travelers would have to be prepared for longer waiting times at the borders.

France imposed an entry ban on travelers from the UK. The ban applies to all border crossings by air, sea, rail and land from the United Kingdom. Only the unaccompanied freight traffic was allowed, said the official seat of the French Prime Minister Jean Castex after a meeting of the Defense Council, led by Head of State Emmanuel Macron by video on Sunday. The entry stop should apply from midnight and initially last 48 hours.

According to initial findings by British scientists, a recently discovered variant of the virus is up to 70 percent more contagious than the previously known form. Prime Minister Boris Johnson stressed on Saturday that there was no evidence that vaccines against the mutation were less effective.

Sturm Graz: humble on the wave of success

Stuttgart: Right lane blocked on A 8 between Stuttgart-Degerloch and Stuttgart...

TV report online: This is how US media report on the...

Training methods in artistic gymnastics: “With the pain I had to...