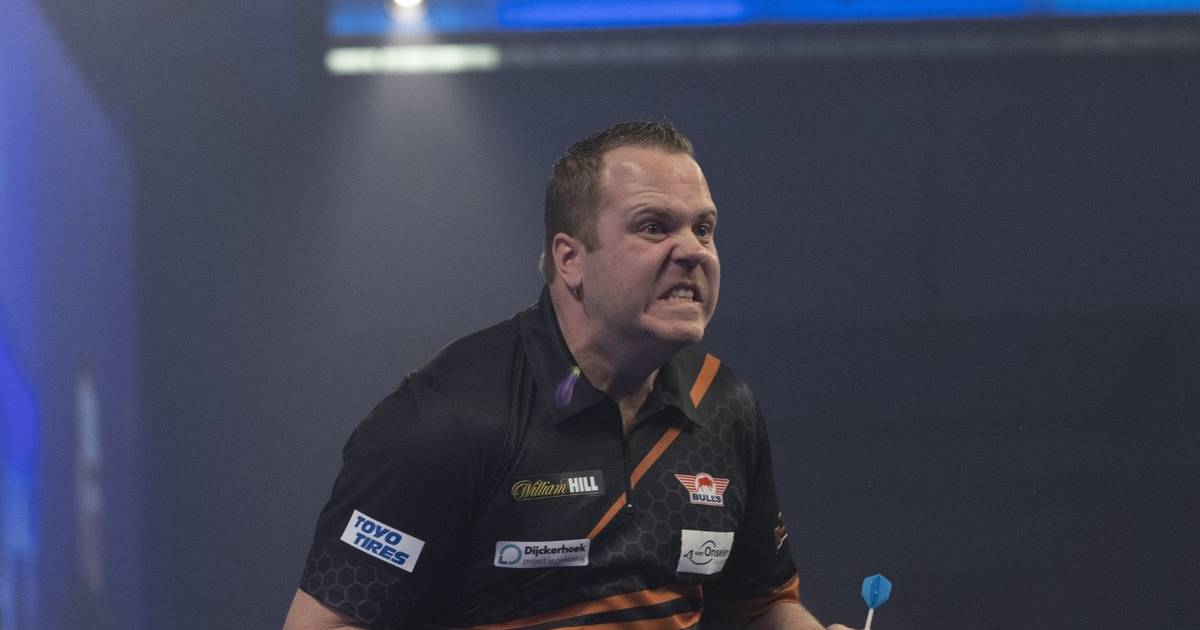 The “ Aubergenius” has already eliminated the second heavyweight in the second round. After knocking out Rob Cross, world champion of 2018, in round 2, he achieved the next sensation against Premier League winner Glen Durrant.

The 28-year-old Dutchman fought his way back into the match after a 1: 3 set deficit with a terrific performance and defeated “#Duzza” in the decision leg of the final seventh set to a 4: 3 victory.

Darts World Cup since December 15th LIVE on TV on SPORT1, in LIVESTREAM and LIVETICKER

Durrant drinks from the opponent’s bottle

Durrant, who meanwhile moved with an average of 90 points far below that of his opponent (100 points), could still win the first two sets with a strong double quota and high finishes (including 154 points).

With a small incident, Durrant confused the opponent even more: the Englishman accidentally ran to the wrong table after a shot and drank from one of van Duijvenbode’s drinking bottles!

With the connection to 1: 2, van Duijvenbode drew new courage, started set 4 with a 129 checkout and also shone in set 5 with a 92 finish. Striking: The Dutchman checked out both of them via the double 18, which is unusual. ( Statistiken zu Durrant vs van Duijvenbode)

Thanks in part to an outstanding 170 checkout from van Duijvenbode, the final seventh set went where the underdog ( No. 45 in the world) got the upper hand against the favorite Durrant ( No. 12).

In the quarter-finals, van Duijvenbode will now face two-time world champion Gary Anderson, who shone with a statement victory against Devon Petersen in the afternoon.

Show of force by the Iceman

Superstar Gerwyn Price has underpinned his title ambitions with another show of power. The “ Iceman”, number three in the world rankings, gave Mervyn King ( No. 19) no chance in a 4-1 victory.

With an average of almost 98 points, an extremely strong double rate of 52% and high finishes of 148 and 115 points, the former rugby player Price stormed into the quarter-finals. There he meets Daryl Gurney.

Health – is Germany not making progress with corona vaccination? ...

BVG and Berlin S-Bahn: These tickets will be more expensive from...

Is working from home becoming a must?