Schools in Berlin will also close on Wednesday as part of the nationwide lockdown. Instead of face-to-face lessons, “school-guided learning”, ie homeschooling, will be offered at least until January 10th. Emergency care for the primary level is set up. In other words, there will be no early or extended holidays; instead, lessons outside of the holiday periods – as in most other federal states – will be switched to digital learning at home.

Class work and exams that have already been scheduled should still be able to be written before Christmas with a minimum interval; the respective teacher decides on this. From December 19th to January 3rd there are regular holidays.

After the Christmas holidays, only homeschooling will take place from January 4 to January 8, 2021. “These far-reaching measures are intended to ensure that the significantly excessive Covid 19 infection numbers in Berlin and large parts of Germany can be reliably contained,” said the Senate Administration.

In the following week, from January 11 to January 15, 2021 – if the incidence is more than 200 in the State of Berlin – the general secondary schools can voluntarily switch to a mixture of learning at home and face-to-face teaching with shared study groups. Grades 7 and the grade-relevant grades should be excluded from this.

In the period from January 4th to January 8th, emergency care is possible in grades 1 to 6. According to the Senate Administration, children whose parents work in systemically relevant professions and who have no other means of care can take advantage of a higher level of emergency care every day. For this purpose, parents should be asked how many pupils at the respective school are dependent on emergency care.

For parents who have a care problem due to the closure of daycare centers and schools and cannot go to work, there is also compensation for loss of earnings from the state. The head of the Chancellery, Helge Braun (CDU), pointed out this regulation, which is already in force.

The Infection Protection Act provided for continued wages of 67 percent for them if they could not find other care options for their children.
Education Senator Sandra Scheeres (SPD) said that despite the temporary shutdown of school operations, the education of pupils continues to be the top priority.

The chairman of the state parents’ committee, Norman Heise, thinks the regulation for the first week of school in the new year is the right decision. “Now that the issue of emergency care has also been clarified, parents can plan the corresponding week long-term.

Astrid-Sabine Busse from the Berlin School Management Association said that she is in principle in favor of face-to-face teaching. “Nevertheless, in view of the worrying number of infections in Berlin overall, I think it is right to temporarily switch to school-guided learning at home in January. We have no other choice. “

According to the education and science union (GEW), Berlin’s schools are insufficiently prepared for the upcoming closure due to the corona pandemic. The technical and personnel equipment is hardly better than at the first lockdown in March, said GEW state chairman Tom Erdmann.

There is no uniform platform for learning from home, still not all schools have fast internet and teachers have no business email address. “There was a lot overslept,” said Erdmann, referring to the education administration. “As in the spring, a lot depends on the individual commitment and creativity of the teachers.” There were no clear guidelines from the education administration.

As of January 4, 2021, in addition to the previous options for asymptomatic testing of educational and non-educational staff, additional mobile test sites for rapid tests will be available at Berlin schools. Up to eight test buses with a daily test capacity of around 1600 tests are to come to the schools and carry out the quick tests on site – with trained medical staff. The test locations are selected on the basis of the information provided daily by the schools regarding service personnel who have tested positive.
For most students in Brandenburg the compulsory attendance in schools has been suspended since this Monday. If possible, you should study at home to avoid contact. Prime Minister Dietmar Woidke (SPD) announced this on Sunday. Exempt from this are final classes and special needs schools. However, those who have no childcare facilities should be able to take them to school. Preschool daycare centers should remain open in Brandenburg, but parents should look after their children at home if possible.

Nationwide, the regulations for protection against the coronavirus for schools are quite mixed.

In some countries like North Rhine-Westphalia and Brandenburg, distance learning has been in effect since Monday. Baden-Wuerttemberg wants to move the Christmas holidays to December 16th. In Bayern According to the “Süddeutscher Zeitung”, the schools are to be closed on the one hand, but on the other hand grades 1 to 7 apparently remain in attendance mode, while higher grades switch to alternating lessons. Education expert Dieter Dohmen has put together a nationwide overview (elternhotline.de).
In Hamburg The compulsory attendance will be lifted from December 16, 2020 to January 10, 2021 and replaced by other school offers. The schools will remain open until the Christmas holidays, but parents can decide whether their children should study in school or at home. In Bremen will switch from attendance to homeschooling from Wednesday, but pupils can also go to school.

In Mecklenburg-Western Pomerania Kindergartens and schools will not be closed, but compulsory attendance at schools for children up to the sixth grade will be canceled from Wednesday, December 16. canceled. However, parents can send their children to schools until the regular start of the Christmas holidays. Pupils from the seventh grade must stay at home from Monday and should be taught at a distance. However, this does not apply to students from the Hanseatic city and the Rostock district.
Also in Lower Saxony the parents decide whether the children go to school or not, the compulsory attendance was lifted from Monday.

There is also in North Rhine-Westphalia A standard offer for pupils in grades 1 to 7, parents can also decide for themselves whether they want their children to be taught at school or at home. From grade 8 onwards, all students should stay at home and switch to distance learning. The holidays will be extended until January 8th.
In Rhineland-Palatinate Compulsory attendance ends on Wednesday, after the holidays there should be distance classes until January 15th.
Im Saarland The compulsory attendance will be lifted, on Monday and Tuesday the students will receive learning materials to take at home. Up to grade 6, students can continue to attend school if they cannot be looked after at home.

In Saxony the schools have been closed since Monday. In Saxony-Anhalt will be from 16.12. the compulsory attendance for grades 1 to 6 of all school types and beyond that at special schools from the 7th grade onwards. In Hessen Changing lessons and emergency care will be introduced from Wednesday.
Schleswig-Holstein has only offered face-to-face lessons for students in grades 1 to 7 on Monday. In addition, parents there have the option of taking their children off school. In Thuringia Schools across the country are closed, but there is emergency care.

One week after Thanksgiving: For the first time over 3000 Covid...

With the acquisition of AmpTec, Merck is expanding its mRNA capacities...

Hospitals at the limit: University Hospital Zurich calls for lockdown 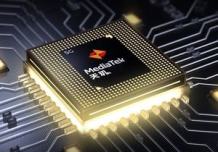 MediaTek Dimensity 1200 is designed to offer flagship performance at a...