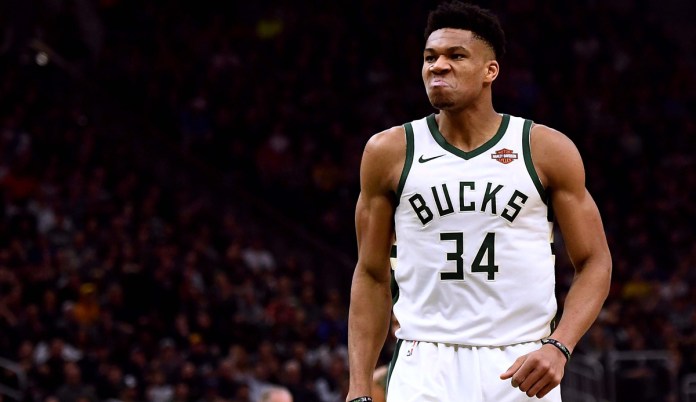 Giannis Antetokounmpo will stay with the Milwaukee Bucks long term. The Greek recently signed his Supermax extension until 2026, now the MVP has explained his motives.

“It’s where I want to be”; Antetokounmpo said at a press conference after signing a contract extension with the Bucks the day before that will bring him $ 228 million over five years from 2021. “I would like to see my children grow up here. I feel good here,” the Greek continued.

The MVP of the past two years was considered the main prize of the Free Agency 2021, but Antetokounmpo took himself off the market with the extension, also because loyalty is extremely important to him. “I am a man of my word,” emphasized the Greek freak. “The team trusted me, believed in me, looked after me and my family. I always wanted to give something back and I’ve been trying to do that since I’ve been here. I have to give more now.”

Giannis Antetokounmpo: No guarantee for titles

With Antetokounmpo, the Bucks want to win their first title since 1971. In the past two years, Milwaukee was the best team in the regular season, but failed in the playoffs to Toronto and Miami, who instead represented the East in the finals.

The Greek continues to believe in the chance with the Bucks, also because nobody can predict who will make it to the finals. “There is no guarantee of winning a championship anywhere,” assured Giannis. “Maybe it will take ten years, maybe I’ll never win a title. Whatever happens, I know who I am and what I believe in.”

The Bucks drew Antetokounmpo in the 2013 NBA Draft with 15th pick, meanwhile the Greek won the MVP twice and the award of the best defender of the season once.

Vorwrt goes into the winter break with a 1: 1 against...

Mortality with Covid-19 five times higher than with seasonal flu

Spahn, Drosten and Wieler about the current corona situation