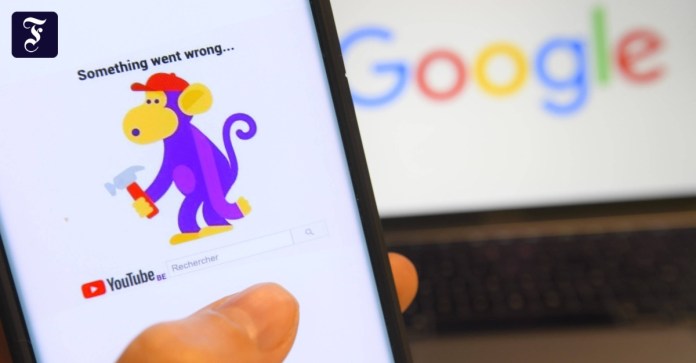 The search engine, Youtube and the e-mail service: they were all temporarily unavailable on Monday. According to Google, the majority of users were affected.

BThe services of the American online giant Google suffered massive disruptions worldwide on Monday. The Internet search engine of the same name, the e-mail service Gmail and the video portal Youtube were affected, as users wrote in the online networks.

The “Down Detector” website also reported massive problems with Google. The company confirmed the disruptions, which have since been remedied in many cases.

The company admitted that all of its offers and the “majority of users” were temporarily affected. In the online networks, numerous users used the hashtags googledown and #Youtubedown to point out access problems to Google offers within a short time.

Start of corona vaccinations in Germany and the EU on Sunday

Lightened maintenance advance extended until the end of June

Rail expansion in the Stuttgart region: Debate on statements by Transport...

91 cases in the Berndorf nursing home

Can Washington happen in Berlin too?