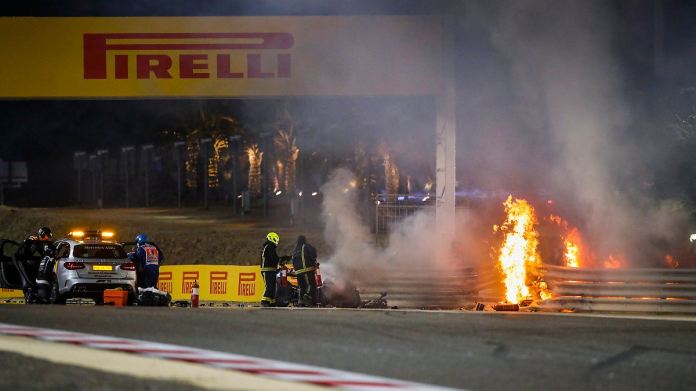 Two days after Formula 1 driver Romain Grosjean barely escaped death after his horror crash, the Frenchman made his first statement about his fire accident. He tried desperately three times to escape the flames in the car – and only had one option in mind.
Formula 1 driver Romain Grosjean spoke for the first time about his fire accident in Bahrain and described dramatic scenes in the cockpit. The Haas pilot described the French TV stations TF1 and LCI that he had tried three times to escape from the car wreck that was on fire before he was finally able to free himself. “I am happy to be alive after this accident,” he said.

Grosjean also had to think of Niki Lauda’s fire accident in 1976 during his struggle for survival at the Grand Prix in Sakhir on Sunday. “I was most afraid for my loved ones, for my children in the first place, but also for my father and mother, I really wasn’t afraid for myself. I saw death coming, I had no other option but to get out of it “, said Grosjean, who only got burns on the back of his hand from the terrible crash.

The Formula 1 driver is expected to be able to leave the military hospital in Bahrain on Wednesday. The burns are being treated well. In the penultimate race of the season next Sunday (6.10 p.m. CET / RTL and in the live ticker on ntv.de.) the French will not participate. Haas nominated his Brazilian substitute driver Pietro Fittipaldi (24), grandson of two-time Formula 1 world champion Emerson Fittipaldi. “After it was decided that it was best for Romain to skip at least one race, the decision to put Pietro in the car was pretty easy,” Haas team boss Günther Steiner was quoted as saying.

Steiner had initially hoped to be able to use Grosjean, as he explained in a virtual media round on Sunday: “Romain will drive for me, but we have to wait and see how the doctors will judge and whether he wants it. It’s his Decision, I won’t interfere. “

Bluetooth headphones at Stiftung Warentest: These are the best models for 2021

Music from Mars – David Bowie had this very wrong

Reactions to Corona Resolutions: “Get a bit of the brakes on”

Summit should clarify measures for the eastern region

Over 100,000 people in camp – Bangladesh: Dead in fire in Rohingya refugee camp – News 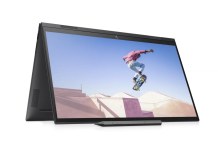 Vitamin D as a new weapon against the disease

Frankfurt: Man captured by the subway – passer-by saves his life 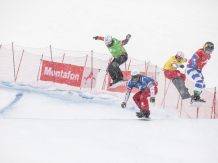 Ski and snowboard cross world cup in the Montafon canceled –...