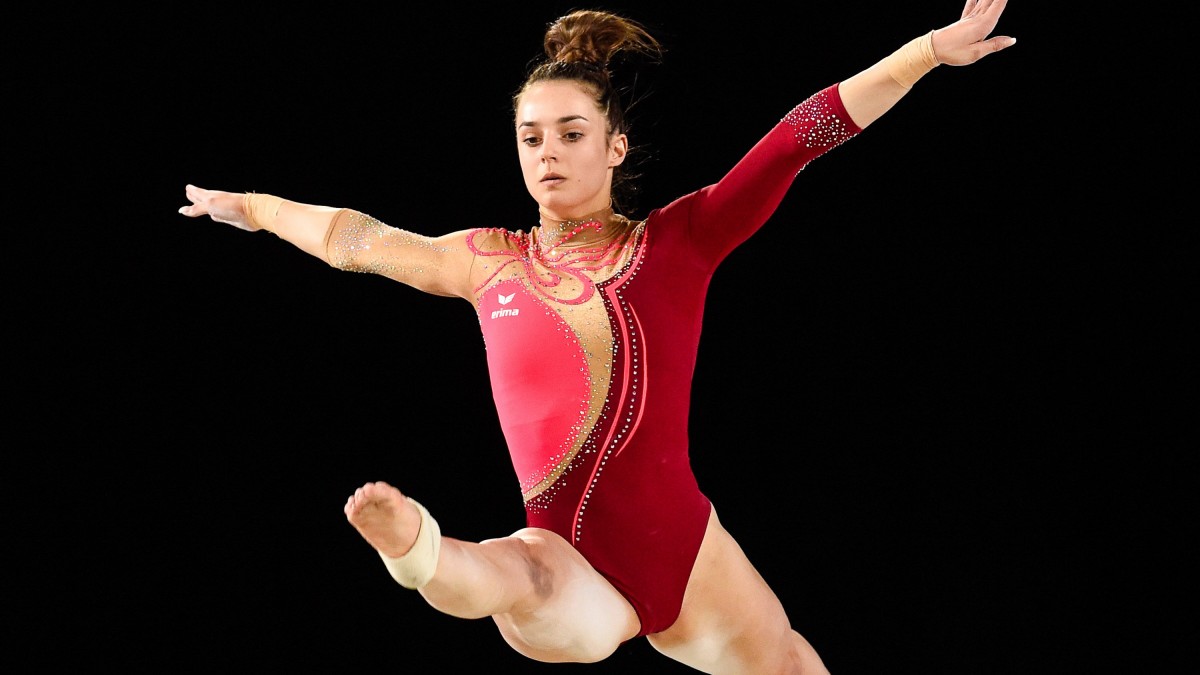 A gym for competitive athletes is packed with equipment. There are so many of them that the acoustics of the huge room are muffled like in a studio. Spars and supports, vertical and horizontal poles, mats and beams, cut pits with lots of foam are firmly attached, and somewhere there is still a gymnastics box with some space to store the trainer’s notes. Top gymnastics is the seriousness of life, that’s what these halls say.

Also in Chemnitz. The students at the Olympic base practice with full concentration and according to well-thought-out plans, including those whose posters have already been hanging on the wall because they have long been advertising media. The top gymnasts: Pauline Schäfer, 2017 world champion on the balance beam, and Sophie Scheder, bronze winner on the uneven bars at the Olympic Games in Rio 2016. They too once came to the renowned trainer Gabriele Frehse, in this performance hall, in this apparently ideal environment which now lies a shadow.

The trainer rejects the allegations: You have always acted within the legal framework

Schäfer had distanced herself from Frehse two years ago, she stayed in Chemnitz, but trained under other coaches. Now she and five other Chemnitz students in Spiegel reports that she was ill-treated. Frehse had humiliated her in a way she felt as “psychological terror” through painful training and regular condescending remarks about Schäfer’s alleged obesity. In order to pull off the training, Frehse also exceeded other limits: drugs are said to have been administered without a doctor’s order. Frehse rejects the allegations as “baseless”, she always moved within the legal framework.

The German Gymnastics Federation is now concerned with both: the duty of care towards trainers and students. Only the OSP Chemnitz or the Landessportbund can decide on Frehse’s employment. The DTB is alarmed by the circumstances that Schäfer reports. A law firm is checking, the mandate is “to deal with the issues neutrally”, says DTB President Alfons Hölzl: “We owe this not only to the athletes who had the courage to report on their experiences, but also to the trainers who face critical questions. “

The Schäfer case may set new standards in a sport that once stood for health, but is prone to abuse at the top level. Schäfer’s report was preceded by a wave that is now also sweeping up in Germany. Starting with the serious abuse scandal in the USA to humiliations in Great Britain, the Netherlands and Australia, coaches and other caregivers have been accused and have already been convicted. It was always about a loss of proportionality. For many years, coaches had invested in adolescents, imagined they were about to complete the work, demanded full commitment, saw only the goal, humiliated, insulted, beat.

The specialty of Chemnitz is that Schäfer’s teammate Scheder, who has also been practically at home in the Chemnitz hall for years, partly contradicts the allegations. She felt Frehse’s words differently than normal human differences, as she did towards him sid explained. Certainly, “every athlete perceives what is being said differently”, but the fact that “the tone of a coach is sometimes sharper is just human.”

Isn’t everything so bad after all? Is Schäfer maybe just a bit sensitive and shouldn’t feel like that?

The Dutch coach Vincent Wevers, who was accused of physical and mental abuse, said he had joined the prevailing culture, “which was very tough and spartan, with little say”. But this way of dealing with students can no longer be used as a yardstick in competitive sport, which wants to be a role model for society as a whole. It is less about toughness than about individual maturity, and it would therefore be logical if the accusation of the six Frehse students is not dismissed as overly sensitive, but taken seriously.

The ideal environment will never exist, but new methods are definitely possible

In order to do justice to the individual, the sport must be improved. Schäfer is more of a quiet sportswoman, those who can easily be imagined that they take regular humiliations of the initially inconspicuous kind for a long time and prefer to exercise over their own discomfort. It would be her right to make it public too late to realize it. Schäfer says she doesn’t want to be silent any longer.

The DTB only needed more contact points in order to track down hidden attacks, and the early warning system would have to be sharpened. There is currently an ombudsperson and sports psychologist whom you can turn to, and Hölzl also says that you have fundamental trust in all coaches. However, Chemnitz shows “that we have to be even more sensitive”. Actually, says the president, it is assumed that younger gymnasts “first turn to their parents, friends or the trainer they trust if something is bothering them.” In addition, those affected could turn to their superiors anonymously via the ombudsman, and a new prevention program against sexual violence is also helping.

The question is whether that is enough or whether young high-performance athletes, some of them with high-performance parents, need even more independent contact persons. Those who know their way around a top-class sports hall and could anticipate the worries that, in this case, six athletes have swallowed for a long time. The ideal environment will never exist, but new methods are possible with which one can do the individual justice even more.

Pauline Schäfer is also a good balance beam gymnast because she gets upset about overly harsh sayings that others accept. And because she hears out hurtful details that appear to be taken for granted in everyday training. In any case, in competition it shows that elegance that is achieved through feeling rather than through bolts of strength. In 2017, at the World Cup gold in Montreal, that made the difference.

World Cup in Cortina is getting closer: “The biggest event since...

Inflation in Germany at a record low

BIS warns of risks in the bond market – risks in...

Puls24 starts the live reporting today with a top game! ...