indices in this article

“As far as we know, it is a criminal act with extortion intent,” said a company spokeswoman on Tuesday. The IT systems were immediately taken off the network. The effects would now be analyzed. “We work closely with the state authorities and the State Criminal Police Office,” said the spokeswoman. The company is working on being able to restart the affected systems in a timely manner. First the “Handelsblatt” reported on the cyber attack.

Symrise is a manufacturer of fragrances and flavors, whose products can be found in many consumer goods and also in food. In the summer, the company narrowly missed entry into the leading DAX share index. Symrise is on the MDAX of medium-sized stock corporations. The turnover in 2019 was 3.4 billion euros.

A cyber attack is affecting the fragrance and flavor manufacturer and its shares are under pressure on Tuesday. The price fell in the preliminary trading on Tradegate by 2.3 percent to 103.86 euros. As long as the problem has not yet been resolved and production is not yet running at full speed, the share should have a hard time, said a trader in the morning.

The paper had recovered significantly after the corona crash low in March at 71.20 euros and reached a record in October at 121.05 euros. In the past few weeks, however, it did not get beyond the price range between 100 and 107 euros. Symrise is listed in the MDAX and is considered a candidate for promotion to the DAX.

Twitter column: Vaccination start in Germany: Between triage and forgiveness

1800 children disappeared: the number of missing people has fallen

“Fight the fascists in uniform”: clashes at rally in Connewitz

Lockdown in Germany: These are the questions that shopping tourists are...

Impunity for Putin and family even after the end of their...

4K QLED TV with 65 inches at a great price 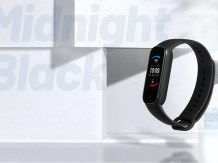 Fitness tracker and smartwatch at a special price