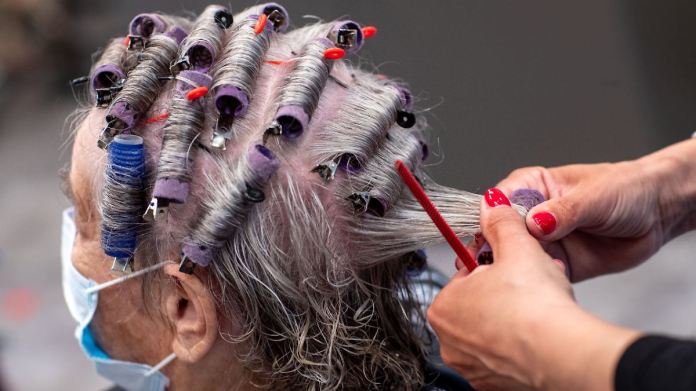 The state is initiating insolvency proceedings against Germany’s largest hairdressing chain, Klier. The corona crisis has brought the company with more than a thousand branches in Germany alone to its knees. How many of the approximately 9,200 employees can keep their jobs is questionable.
The slump in sales in the Corona crisis has pushed Germany’s largest hairdressing chain Klier into bankruptcy. The district court at the company’s headquarters in Wolfsburg opened a corresponding procedure to examine the claims of the creditors. As a result of the sharp drop in demand since the beginning of the pandemic, Klier had come into increasing financial difficulties.

After initial protective shield proceedings were applied for at the beginning of September in order to reorganize the company, the competent court now cleared the way for the main insolvency proceedings just under three months later. “The creditors are asked to register insolvency claims with the trustee,” said the chamber. A creditors’ meeting was scheduled for February 25, 2021.

How many of the approximately 9,200 jobs at Klier are at risk is still unclear. Previously, bridging aids had not been able to compensate for the high loss of income at Klier, especially during the shutdown in spring – at that time, several hairdressers had to close completely at times. A spokesman said on Monday that the review of the financial situation was “an important further step” on the way. The managing partners Michael and Robert Klier were confident of a new start.

During the upstream protective shield proceedings, Klier’s remaining assets were initially protected from outside access. The aim of such a process is to look for further solutions without officially filing for bankruptcy. The management remains in office, but a trustee is placed at their side. Klier announced in September that they wanted to “take responsibility for sustainable renovation and position themselves for the future”.

According to its own information, the Klier Group operates the largest number of hairdressing branches in Germany. In addition to around 1,400 branches in Germany, there are numerous other locations in other European countries. Brands like Essanelle or Super Cut are also included. The trustee in the protective shield proceedings, Silvio Höfer, did not want to comment on the specific prospects.

The vice president of the Verdi service union, Christine Behle, had emphasized that the interests of the employees had to be taken into account in the negotiations. She warned Klier of massive job cuts.

It should start on December 27th: What you should know about...

Bundesliga: Ten Grazers go away empty-handed in the “pack derby”