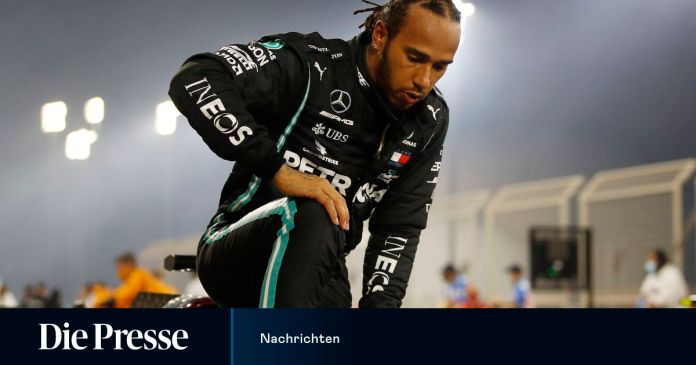 Lewis Hamilton wants to sit in the Mercedes again at the Formula 1 final in Abu Dhabi. The world champion turned to his fans in a video on Tuesday after his corona infection.

“It was definitely one of the toughest weeks I’ve had in a while,” said the 35-year-old Englishman. “I focused on getting well again and trying to get back in shape so that I can get back in the car and drive the final race in Abu Dhabi.”

Hamilton “felt great” after waking up and was able to do fitness training again. “I hope I can get back in the car soon,” he said and thanked everyone for the many well-being wishes.

Hamilton had tested positive for the corona virus twice a week ago on Monday and had to go into quarantine in Bahrain. He therefore missed the penultimate World Championship round in Sakhir, where Williams regular driver George Russell replaced him.

In Bahrain, the 22-year-old had led the race for a long time and was then robbed of victory by a huge breakdown at the pit stop and a flat tire. Should Hamilton also be absent from Abu Dhabi, Russell would drive for him again this weekend.

“If the doctors’ prediction is correct, he could manage that he will have a negative test on Thursday or Friday,” team boss Toto Wolff said on Monday on Sky TV about Hamilton.

EU budget blockade: there is a compromise on the table

New Samsung device for consumers is not a bargain