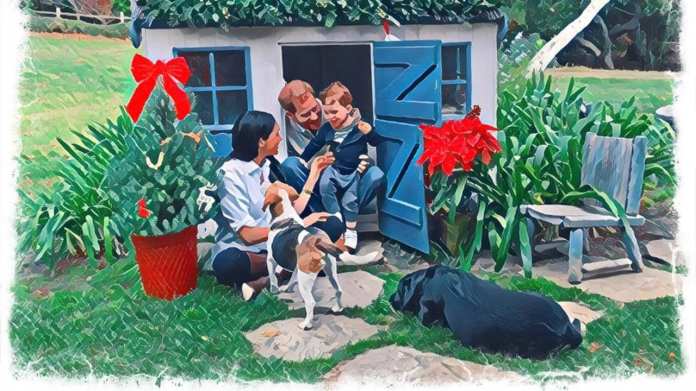 Prince Harry (36) and Duchess Meghan (39) have sent Christmas greetings to their fans – for the first time from Los Angeles.

“We wish you a Merry Christmas and a Happy New Year,” says the menu. You can see an illustration of a photo: Harry, Meghan and their son Archie (1) are sitting with their dogs Guy and Oz in front of a summer house decorated for Christmas.

The card was contributed by the British animal welfare organization Mayhew Twitter published, whose patron is Meghan.

“The original photo of the family was taken by the Duchess’ mother in her home earlier this month,” said a spokesman for the couple, according to People. The little Christmas tree and the decorations were chosen by Archie. The tree will be planted after Christmas.

Harry and Meghan announced almost a year ago, on January 8, 2020, that they would break away from the British royal family. Since the MEGxit, the couple has lived in California with their one and a half year old son.

Corona madness in the ski area: You can drive downstairs, not...

Willingness to vaccinate among doctors and nurses in Thuringia varies