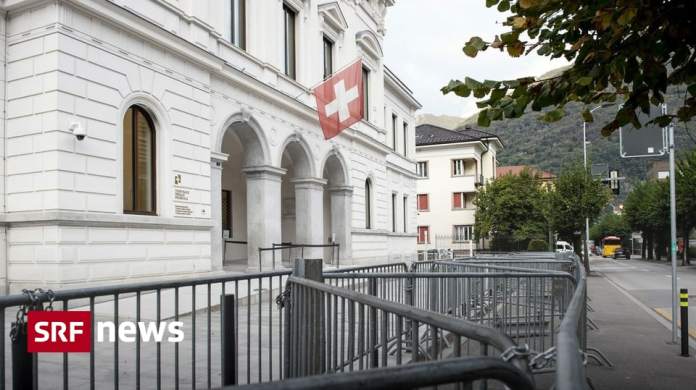 A 45-year-old Liberian faces war crimes before the federal criminal court today. For the first time, the Federal Prosecutor’s Office is bringing charges in an international criminal case.


It is the first war crimes trial in Switzerland: the Federal Prosecutor’s office is indicting a Liberian who is 45 years old. Her indictment lists in detail the deeds that the man allegedly committed in the first Liberian civil war in the early 1990s.

The list is long: the rebel leader at the time is said to have given the order to kill soldiers and civilians in one of Africa’s bloodiest civil wars. He is also said to have murdered himself, recruited a child soldier, raped a woman and initiated looting. He is also accused of having eaten the heart of a civilian who was killed.

The defendant appears in the indictment as an ice-cold client. After he cruelly murdered a civilian, he looked happy, it says.

The defendant lived unnoticed in Switzerland

The 45-year-old applied for asylum in Switzerland, whereupon the non-governmental organization Civitas Maxima drew the attention of the federal prosecutor’s office to the case. The NGO had filed criminal charges on behalf of the victims.

Actually, victims and witnesses wanted to be on site in Bellinzona. However, due to the unfavorable pandemic situation, the federal criminal court has ruled that plaintiffs and witnesses cannot enter from Liberia. For the third time in a row, the process was postponed due to the pandemic.

This process helps reduce the risk of future wars.

All of these delays are frustrating, say NGO staff. But the main thing is that the process takes place now. For example, Bénédict de Moerloose, lawyer for the NGO Trial International, says: “This process is very important for Liberia. For the first time ever, a Liberian must stand trial for war crimes. This is crucial for the traumatized victims. This process helps to reduce the risk of future wars. “

The civil war in Liberia

The civil war in Liberia, which lasted from 1989 to 1996 and from 1999 to 2003, claimed around 300,000 lives and millions of people displaced. Land and infrastructure were almost completely destroyed at that time. Those involved in the fighting are accused of cruel killings, atrocities, mutilation, rape and cannibalism.

Non-governmental organizations hope that more international war crimes trials will take place in Switzerland in the future. At the moment it is questionable whether this will be the case, because such processes are very complex. Mostly it is a matter of pure circumstantial trials. Legal representatives question whether the Federal Prosecutor’s Office has sufficient funds for this.

The fact that the accused spent six years in pre-trial detention shows that the case is difficult. Too long, according to legal scholars and representatives of non-governmental organizations.

The legal basis of universal jurisdiction is that serious human rights violations can be prosecuted anywhere, regardless of where the crime was committed and regardless of the nationality of the perpetrator or victim. Because Switzerland has ratified all the necessary agreements, it is legally obliged to investigate cruel crimes.

Decision of the EEG reform: Triple steps instead of big leaps

Confederation paid, private collectors – Blochers and Hayeks cream off despite...