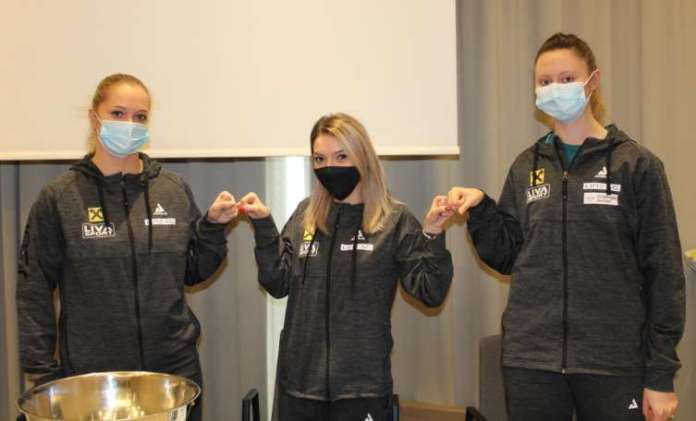 LINZ. The goal of the bet-at-home.com Champions League Bubble, which starts today, Thursday, December 3rd, in the LIVA Sportpark Lissfeld, is to reach the finals, the big dream is the third title in the premier class – but the way could be for hosts Linz AG Froschberg it could hardly be more difficult, as eternal rival Metz (F) is already waiting in the group stage.

After the Champions League had to be canceled in the semifinals in spring, the Froschberg table tennis players want to go for the title in the final tournament with home advantage. “The demolition was really bitter for us because we were in very good shape and the chance of a win was very high,” said chairman Günter Renner. The hopes of the Linzers that the Champions League could be played to the end this year was also important to the European Table Tennis Association (ETTU). “In spring there are so many appointments on the program that a bubble appointment would not have been possible,” explains Renner.

Finale for the 50th anniversary

The Linzers were very happy to have won the final tournament. Froschberg has always been in the top field since the Champions League was founded and has shone with a top organization in the past. “There were also applications from Luxembourg, Amsterdam and Berlin. We are proud to have brought the tournament to Linz, ”said Günter Renner.

The players, referees and persons responsible for the tournament process must submit to a strict security concept. Similar to the tournaments in China, there is a bubble with clear conditions. The players are only allowed to leave the hotel in which they are staying for training and matches and must always wear mouth and nose protection. “There were more tests in China, but otherwise the same system is used in Linz. Of course, we have to stick to it to be on the safe side, ”said Froschberg player Bernadette Szöcs. We worked out the concept with the ETTU and LIVA and deposited it with the magistrate. This ensured that the tournament could be held, “said Renner.

Hot for the title

Froschberg’s and Europe’s number 1, Sofia Polcanova, is expecting strong competition, but is confident: “We have a very strong team. That’s why we want to win and fight for it. “Even before the tournament starts, Scöcs is full of self-confidence:” We are not afraid of anyone. The opponents should be afraid of us. “

Team manager Günter Renner also rates the opponents very strongly: “Basically there is an easier group, but there are no weak opponents anyway. However, we have such a high quality in the team that we definitely want to get to the final and then of course win “.

The fact that the audience has to play in front of empty spectators hurts, of course, but the players don’t let that bother them. “We think it’s just great to be able to play at home in a familiar atmosphere”, so the unanimous tenor.

The hall in the Sportpark Lissfeld was given another good fix for the event. In addition to a newly laid floor, there will also be LED displays. There will also be a background noise to at least simulate the audience in the hall. “It will be an event that has not yet been seen in table tennis in Europe,” said Günter Renner, delighted about the worldwide television broadcast of the Champions League final tournament.