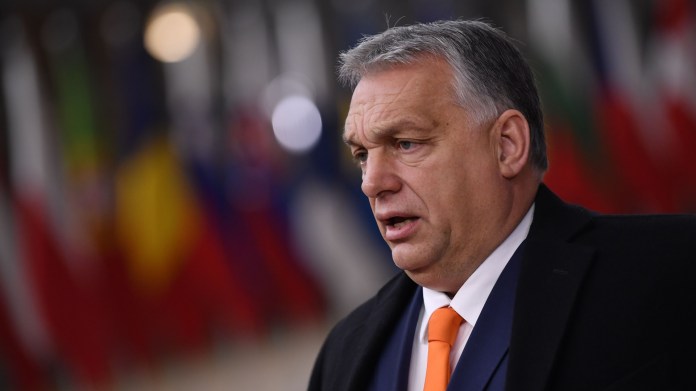 Six Hungarian opposition parties want to jointly defeat Prime Minister Orban in 2022. They agreed on an electoral alliance without joining together. One of the goals: to restore the independence of the judiciary.

“One can only say: Hallelujah. Finally!” The editor of the anti-government blog “Hungarian Spectrum”, Eva Balogh, makes no secret of her approval of the joint electoral alliance of Hungary’s major opposition parties. An early Christmas present for Hungary’s democrats, writes the history professor emeritus. In a joint declaration, socialists, the country’s green parties, liberals, the right-wing Jobbik and the civil rights party Momentum agree to stand together in the next parliamentary elections in spring 2022.

So they want to put up a common candidate for the post of Prime Minister, in each of the 106 electoral districts of Hungary with a common candidate in the race – with candidates who are of integrity and have to prevail in primary elections. The goal: restoration of an independent judiciary and freedom of the press, an end to – as the declaration literally says – “systemic corruption” and adoption of a new constitution.

Laszlo Lorant Keresztes, Member of Parliament for the Greens, said on the private broadcaster ATV: “It is very important that the opposition parties have a very great responsibility that they fulfill everything that they formulated in the declaration yesterday.” They had to offer the people of Hungary a workable, understandable, presentable program that would lead the country in a better direction.

The formation of a common electoral alliance for the next parliamentary elections in spring 2022 had been emerging for some time. In autumn 2019, the politically and ideologically very different opposition parties managed to support one opposition candidate in each of the local elections in some large cities and in Budapest. In this way, the opposition was able to achieve a remarkable election victory against the ruling Fidesz party of Prime Minister Viktor Orban.

Afterwards, the talks between the opposition parties became more intense, said Bertalan Toth, party leader of the Hungarian Socialists: “There were a number of consultations. In August there was the first meeting of the party leaders. I am really happy about this agreement.” Since the summer they have met and worked regularly. “You could feel how trust has developed between the opposition parties.”

Change in the electoral law was decisive

Orbans Fidezs reacted to the emerging domestic political front against him and had the electoral law changed with his parliamentary majority. A few days ago, the Fidesz parliamentary group and its small coalition partner passed the decisive passage: in future, only parties that are running in far more constituencies with their own candidates will be allowed to be represented on the nationwide electoral list – and no longer, as previously in 21 constituencies.

According to Keresztes, that was the decisive factor for the current decision: “Fidesz, or rather the government, has changed the electoral law. And they did it in such a way that you have to nominate candidates in 71 electoral districts instead of 21 in order to create a state list In practice, the government has decided that the opposition has no other alternative. “

No other alternative than to unite in a national electoral alliance. The independence of the respective opposition parties should be preserved, according to the joint declaration. Opposition parties are given voting opportunities by the opinion polls. The polling institute Median reported in the middle of last week that 41 percent of those polled want to vote for the opposition in the next elections and only 39 percent for Viktor Orban’s ruling Fidesz party.

Criticism of changes in WhatsApp conditions in Turkey is increasing |...

Wayne and Annemarie Carpendale (ProSieben) shocked: Son disfigured himself – “If...

Tiktok star: Nathan Evans: Number one in Germany is “crazy” –... 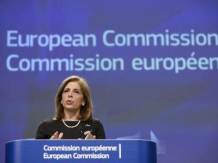 This is how the corona virus spread in Germany in 2020