In Bratislava a game developed at a knife edge, the leadership changed regularly, no team was able to break away decisively. In the end, Dustin Gazley’s penalty hit tipped the scales in favor of the guests, who had recently narrowly lost the ice twice.

In Graz, too, everything was open for a long time before Fehervars Paul Geiger scored the gold goal 43 seconds before the end and thus inflicted the ninth defeat in the past ten games for the 99ers. The Hungarians celebrated their fifth victory in a row.

In contrast, the Black Wings suffered their fifth defeat en suite with the 1: 3 against Dornbirn. The tattered bottom light from Upper Austria had gone into the game severely weakened and ultimately failed because of the poor exploitation of opportunities.

When will the Covid-19 vaccination for children come? 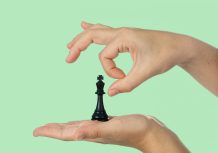 Julian Assange cannot be extradited to the USA