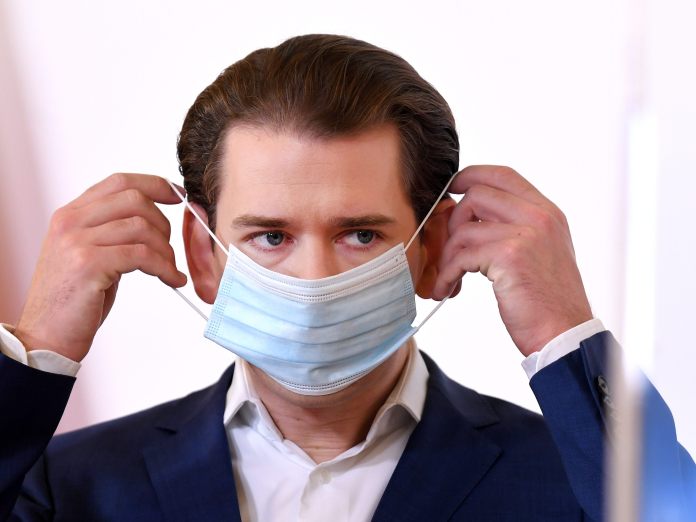 
Chancellor Kurz does not want to rush the opening of the lockdown.
© APA / ROLAND SCHLAGER

Federal Chancellor Sebastian Kurz does not want to rush into the reopening after the lockdown. In addition, the Chancellor wants to repeat the mass tests, at least at the state level.

The government wants to decide on Wednesday to ease the corona lockdown. Chancellor Sebastian Kurz (ÖVP) told journalists on Tuesday that opening steps will have to be carried out “carefully”. He wants to repeat the mass tests that are starting this week – for particularly affected regions, occupational groups and entire federal states. Experts had spoken out in favor of the mass tests on Monday, but called for a targeted follow-up strategy.

Mass tests should be repeated

Kurz described the dispatch of FFP2 protective masks to the elderly, announced on Tuesday, as a contribution to the best possible protection of particularly vulnerable population groups. After eliminating the bottlenecks in the supply of doctors and nursing staff with these protective masks, there are now enough masks to distribute them to the population. “Of course that’s not the panacea.” In addition to the mass tests, it is a further step to combat the pandemic.

Kurz has once again announced that the mass tests will be repeated. “The mass tests are of course repeated,” emphasized Kurz. “In theory it would be perfect to test the whole population two or three times.” This could “as good as wiped out” the virus. However, this is where the limits of availability and logistics are reached. In this respect, you have to do what is practically feasible.

Kurz sees responsibility for the corona situation in Austria, which is much worse than in Germany, on several levels. “I believe that it is an overall responsibility that we in Austria master this pandemic as well as possible.” In the spring, they reacted early and in the autumn, too, he urged tougher measures early, emphasized Kurz. He sees the high number of infections as confirmation that the second lockdown was necessary, although many have criticized the tough measures.

CDU politician shoots against the Geissens

Curious encounter between Nadal and Djokovic ++ relief at Bencic

In NRW you stand most often: where there will be the...

AstraZeneca only signed with the British after the EU