Schleswig-Holstein’s Prime Minister Daniel Günther (CDU) announced on Friday that the contact restrictions in the northernmost federal state should be tightened as soon as possible. The Prime Minister sees red for a Christmas without stricter corona rules – although Schleswig-Holstein has a comparatively low seven-day incidence at 68.

The federal state between the North Sea and the Baltic Sea includes the regions that have the lowest incidences in the entire Federal Republic. In Schleswig-Flensburg, for example, the important seven-day value on Friday was 15.9. According to the Robert Koch Institute, 32 people were infected here in the course of the past week. Last weekend, the incidence in the district was 5.5. There were eleven infected here.

At the beginning of November, the district was on the verge of becoming a new Corona hotspot. As the “Welt” reports, a tour group from Saxony brought the virus to the “Wikingerhof”. 16 of 29 hotel employees tested positive for Corona in the following days. According to the RKI, the Schleswig-Holstein district had an incidence of 44 at that time.

How did the district manage that? “In the north it is like this: people prefer to keep a distance of five meters than the prescribed 1.5”, District Administrator Wolfgang Buschmann joked in an interview with “Bild”. In fact, however, many lucky circumstances would have ensured that the circle got the virus under control. People would simply stick to the guidelines. “It’s our mentality,” believes Buschmann. In addition, the circle is limited by the Baltic Sea and in the north by Denmark. “No corona comes from there,” said the district administrator.

Of course, discipline and consistency also contributed to the comparatively mild course of the pandemic in the region. He told the “world” that his health department had placed contact persons “under a very strict quarantine” from the start of the pandemic and then monitored them closely.

Low incidence thanks to stamina?

Schleswig’s city manager also believes he knows why the north has comparatively mild corona outbreaks. Helge Schütze told the “Welt” that pragmatism, the tenacious perseverance of the local middle class and “a certain serenity in dealing with possible and actual restrictions in one’s own life” were possibly further reasons for this.

Nevertheless, in the whole of Schleswig-Holstein, five people from a maximum of two households should be allowed to come together instead of ten – even at Christmas. The only way out of the current situation is “a clear lockdown as soon as possible,” said the head of government at an emotional appearance on Friday in the Kiel state parliament. Germany is facing “an incredibly hard time until Easter”, he pleaded with all citizens for solidarity and strict compliance with the containment rules.

Special ways in the shutdown: Kretschmann wants to reopen the schools

Defending champion Lakers is subject to Clippers at the start of... 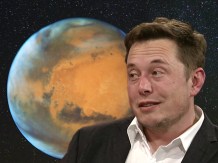 That is why FC Bayern played in the DFB Cup in...