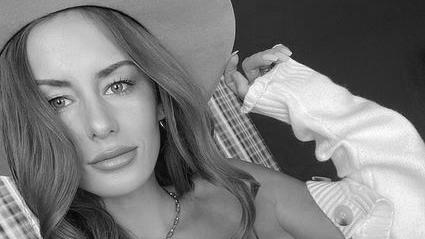 Alexis Sharkey died at the age of 26

She had an appointment with friends last weekend to which she never showed up and has not responded to calls and messages since then – now the body of Alexis Sharkey († 26) has been found, according to a report in the American magazine “People”.

“With a deeply broken heart”

Alexis was last seen by her friend Tanya Ricardo, celebrating Thanksgiving. She is said to have left her friend’s house at 6 p.m. and from then on could no longer be reached. “She is always on her cell phone. She is a queen of social media. She is an influencer. She works from her cell phone,” Tanya told the news channel “KHOU11”. So she knew right away that something must have happened.

On Saturday, Alexis’ mother, Stacey Clark Robinault, reported her daughter missing and posted on Facebook: “My daughter, Alexis Sharkey, is missing! Nobody has heard from her in the past twenty-four hours and the police have been called on.” Another message from Stacey on Facebook followed on Sunday, confirming her daughter’s death: “Heartbroken Mike and I want to let you know that Lexi’s body has been found.”

Alexis moved in with her husband Tom Sharkey in January. Her friend Tanya claims the couple recently went through a tough period in their relationship and that a divorce was planned.

Tanya also revealed to “KHOU11” where her friend’s body was found: “They just threw them away naked on the roadside, like garbage, I just don’t understand.”

Alexis’ relatives are currently collecting money for their funeral on GoFundMe, which has already raised twelve thousand US dollars. Alexis’ mother told ABC 13 how she will remember her daughter: “She was so excited to go her own way in this world. Although we come from a small town and she loved to be at home visit, she wanted to discover the world. She always wanted to discover the world. “

These influencers also passed away in 2020

Knocked unconscious because of a headscarf – Shaimaa T. (17) meets...

Denmark: Government wants to reduce the number of asylum seekers to...

Sprint on the last meters (neue-deutschland.de)

Shortly before his 90th birthday: Armin Mueller-Stahl is probably in the...