A police vehicle is parked in the Simeonstrasse in Trier, which is illuminated for Christmas. In the afternoon, a man drove a car through the pedestrian zone, killing four people and injuring several. (Harald Title / dpa)

Five people were killed in the city center of Trier, including a nine-month-old baby, when a 51-year-old man went amok in a sports vehicle. 14 people suffered some serious injuries. That is the sad balance of events that was confirmed by Tuesday evening and left the city on the Rhine in a state of shock.

The police arrested the 51-year-old German from the Trier-Saarburg district immediately after the crime. According to the prosecutor, the man could be mentally ill. The suspect was drunk but could be questioned. Initially, there were no indications of a political background. The perpetrator’s motive is still unclear.

Interior Minister: The perpetrator was targeted

“This event shakes all of Germany,” said the Rhineland-Palatinate Interior Minister Roger Lewentz (SPD) on Tuesday evening in Trier. The perpetrator took targeted action and drove “zigzag lines” in order to inflict suffering. That happened to a very bad extent.

In addition to the baby, the victims include a 73-year-old woman, a 25-year-old, a 52-year-old woman and a 45-year-old man from Trier. According to the authorities, the baby’s mother is in hospital. The police informed about the death of the 52-year-old on Tuesday evening. Chancellor Angela Merkel expressed her concern in a statement.

The first emergency call was received at 1:47 p.m., as Franz-Dieter Ankner, Vice President of the Trier Police Headquarters said. The rampage across several streets lasted four minutes before the suspect who resisted was arrested.

Candles are burning in front of the Porta Nigra. (Oliver Dietze / dpa)

“We have a clear picture of the suspect,” said Lewentz, who spoke of a terrible day. Ankner added that the man had spent the past few days in a car. According to senior public prosecutor Peter Fritzen, there are indications of a mental illness. A doctor had assessed the man, and a psychiatric report would probably be commissioned. The man was found to be 1.4 per thousand breath alcohol.

It is being investigated for murder and dangerous bodily harm. “We assume that he acted insidiously in the attack in the city center, used the vehicle as a weapon and therefore acted with means dangerous to the public,” said Fritzen.

Prime Minister Malu Dreyer (SPD) spoke of a “bad and terrible day” in the evening. Mayor Wolfram Leibe (SPD) spoke in an interview with the SWR of a “gunman in the city center”. Eyewitnesses reported that people were thrown through the air at the scene of the incident near the Porta Nigra.

“The news from Trier makes me very sad,” said a statement by the Chancellor, which government spokesman Steffen Seibert published on Tuesday via Twitter. “My condolences go out to the relatives of the people who were so suddenly and violently torn from their lives. But I also think of those who have suffered severe injuries and I wish them a lot of strength. ”

In the middle of a normal day, people were torn from their lives, said Dreyer. “It’s just very bad for all of us.” Let her thoughts go to the injured and seriously injured and hope and pray that they survived and recovered. Four people suffered serious injuries, five significant injuries and six people were slightly injured, said Lewentz initially during a press conference, the 52-year-old woman died a little later from her injuries. Numerous people in the city center were also traumatized, said Lewentz.

Around 300 helpers from the fire brigade, rescue services and other aid organizations were on duty. This worked very well in the process, the victims were taken care of quickly, reported the head of the Trier professional fire brigade, Andreas Kirchartz. The clinics in the city would have switched to emergency operation immediately, the patients could have been brought there immediately. Lewentz said that around 450 police officers were also on duty.

The Rhineland-Palatinate CDU politicians Julia Klöckner and Christian Baldauf expressed their shock and concern. They were shocked by the “amok run”, said the CDU state chief and the CDU state parliamentary group leader. “Our thoughts are with the injured on the spot. We mourn with the relatives of the dead, ”they said. “We thank the helpers and rescue workers for their work. Now we have to wait for the further investigations. ”

In February, a 29-year-old German deliberately drove his car into the crowd in Volkmarsen, northern Hesse. Dozens of people were injured. In 2019, a 50-year-old had hit people on New Year’s Eve in Bottrop. He was admitted to the closed psychiatry. In 2018, a man raced into a group with his camper in Münster, and five people died. The perpetrator shot himself, the investigators assume a mental illness.

Easing from December 7th: These are the most important points

Liverpool gets into poker for Bayern’s David Alaba – football –...

Indictment against clairvoyant who took gold coins from ex-ski racer 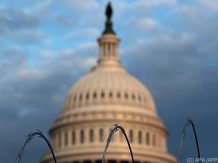