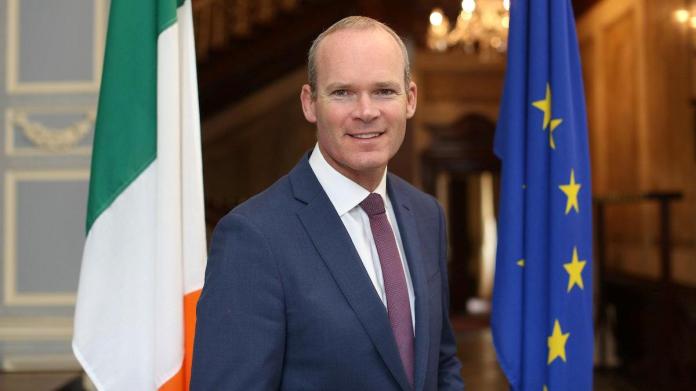 WORLD: Minister, is Sunday evening really the last deadline? Are you thinking about having a contract with London come into effect on January 1st, if necessary?

Simon Coveney: If there is actually no progress by Sunday evening, the European Union will be very active in preparing for the consequences of a separation without an agreement. Ireland and other EU countries have been preparing for this for years. We have to give security to the citizens. A provisional ratification would cause many problems, especially with the European Parliament. Without a doubt, a no deal in addition to the Covid crisis meant an enormous burden for many sectors. And a political failure.

WORLD: How can this failure be avoided?

Coveney: Both sides are still very far apart. The main concern for us is to avoid future changes to EU rules from becoming a competitive advantage for the UK economy if there are no similar changes there. And about how violations of the agreements are dealt with. I still believe in a deal, even though I’m only a minority with it.

WORLD: Should there be automatic sanctions?

Coveney: We should now talk less about sanctions than about solutions. They guarantee that European companies are not put at a disadvantage in the internal market. The independence and sovereignty of the British side must not mean that the British have duty-free and quota-free access to the internal market, but that we have no chance to defend themselves if competition is distorted. That is the difficult terrain on which we move.

Coveney: We all recognize the UK as a sovereign country. But a partnership requires compromises. Which does not undermine sovereignty, but rather means sovereign agreements between two parties. Take the example of fish. In the future, London alone will have the say over its waters. But that does not mean that the EU fleet has neither access nor quotas, but at the same time wants access to the energy market or other EU markets.

WORLD: What is Ireland in store for a no deal?

Coveney: According to our calculations, economic output will collapse by three percent. We are actually expecting growth of six percent in 2021, which would be halved.

WORLD: How can it be that, according to Johnson, the UK economy will grow mightily in a no deal?

Coveney: Only he can justify that. The data suggest that the UK economy would be significantly affected. Britain is a strong country, it will get through but it will be burdened without hardship. Quite apart from the political tensions that arise as a result and the expected mutual blame.

WORLD: Is peace in Northern Ireland at stake with a no deal?

Coveney: Thanks to the Northern Ireland Protocol, which is part of the Exit Treaty (signed in 2019), we no longer need to worry about the need to build a border infrastructure – which would have been so divisive and controversial.

WORLD: Johnson recently questioned this protocol. Without the elected US President Joe Biden, who is strongly committed to the peace agreement in Northern Ireland, would he possibly not have moved away from it?

Coveney: No doubt that helped. That kept the minds focused on the matter. The British have really been working hard lately to make the protocol operational.

WORLD: At the same time as Brexit, Ireland is celebrating a “decade of remembrance” on the fight for freedom a hundred years ago. Did Brexit move your country away from the UK and at the same time make it more European?

Coveney: To be honest, yes. The EU has probably never been so popular in Ireland as it is today. When Brexit happened four years ago, there was great fear that our country would be ruined. That Ireland’s priorities were not those of the EU, we would be sandwiched between the interests of the two big trading blocs, the EU and the UK. Instead, Brexit made it clear to us that membership in the EU is much more than an economic opportunity or a borderless area. 18 ministers from member states have visited the border in the past four years to understand its importance. The Irish border issue therefore had absolute priority in the negotiations, which only strengthened Ireland’s ties to the EU.

700 people arrested: What is behind Erdogan’s arrest

Developer explains why fans do not receive updates

Next virus wave? They could bring returnees from the Balkans...

Schlager: Michelle has a new manager in Markus Krampe

Apple is working on a more compact Macbook Air with Magsafe

Seehofer has to hand over EU asylum reform without a breakthrough 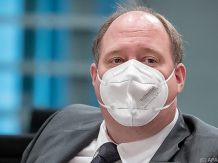