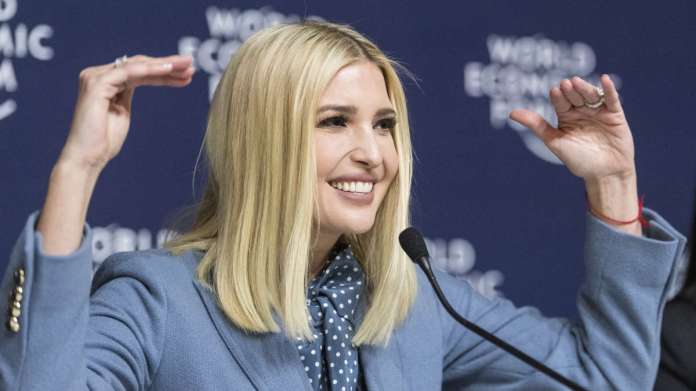 Ivanka Trump, daughter and top advisor to the elected President Donald Trump, is said to have strong political ambitions. She could start her political career in Florida.

Washington DC – Still is Ivanka Trump her father’s main adviser Donald Trump. When the elected US President clears his desk in the Oval Office on January 20, her time in the White House will also end. However, according to previously unconfirmed US media reports, her career in politics will not begin with the move to Floridawhere she and her husband Jared Kushner bought a piece of land on the wealthy island of Indian Creek Village off Miami. On the contrary: According to the “Business Insider” magazine, Ivanka Trump’s political career in the sunny state on the east coast could be USA only then really pick up speed.

Ivanka Trump could run for the US Senate in Florida

Because in two years the seat currently held by the Republican Marco Rubio will be up for election for the US Senate. Marco Rubio is said to be planning a re-election campaign, but it is quite possible that he will be for Ivanka Trump would step aside. The reason for this could be the 2016 area code. Rubio lost in the run-up to the presidential election campaign Donald Trump in the preliminary round of the Republican candidates in Florida clear. He might be tempted to get another loss to a member of the Familie Trump to spare and with the support of Trumps, for example, to challenge Governor Ron DeSantis, also a Republican.

Appears Ivanka is smarter than ⁦@MarcoRubio⁩ – now about you other guys who failed to save Trumps election…. @senategop ⁦@ProjectLincoln⁩ https://t.co/bqAUPCHOnk

Condition for running for the US Senate in Florida however, would be a period of at least two years in which Ivanka Trump has their primary residence in the state on the Atlantic Ocean. And so it fuels speculation that the Trump daughter is together with her husband Jared Kushner want to settle on the island off Miami soon Initially, it was speculated that this would be in the USA „Jivanka“The baptized couple could frolic in the high society of New York City in the White House before their time, but both are said to have rejected this plan after a wave of rejection from the traditionally Democratic metropolis rolled towards them.

Ivanka Trump and Jared Kushner want to settle in Florida

Lysandra Ohrstom, a childhood friend of Ivanka Trumpwho, like so many, has since turned away from the president’s daughter, writes in an article in the Vanity Fair: “I expect Ivanka to find a soft landing instead in Palm Beach, where most misdeeds are forgiven if you have enough money to have”. Ivanka’s father also appears on it Donald Trump who plans to set up shop in his golf resort in Mar-a-Lago not far from Miami.

However, an ominous cloud hovers over the political ambitions of Ivanka Trumpwho is said to one day want to succeed her father as president. Because exactly how Donald Trump the current political advisor is the focus of the US judiciary. In Washington DC, on instructions from, the Trump Organization is being enriched with public funds Ivanka Trump determined. In addition, the tax authorities of the USA together with the New York City Attorney’s Office already have investigations into possible tax offenses against the mother of three.

Should Ivanka Trump are actually condemned, that would suddenly slow down their political plans. Should she be sentenced to at least one year in prison, she would lose in Florida both active and passive voting rights. This means that following a prison sentence of at least this length, Trump would neither vote nor run for life in Florida for life. There is still a loophole here: the right to vote can be renewed by court order or by order of the governor. Given the Trump’s current position in the Republican Party, it is quite conceivable that a Republican governor could not avoid complying with this request.

Lara Trump will run for the Senate in North Carolina, they say. Ivanka Trump is mulling a Florida Senate run. Donald Trump Jr. is mulling the Montana governorship. The GOP may be the “Trump Party” by 2024.

This is an ongoing effort to build an autocratic dynasty and end America.

But not only Ivanka Trump has political plans. Your brother Donald Trump Jr. is said to have had an eye on the governorship in Montana. Your sister-in-law Lara Trump, Wife of Eric Trump, is said to want to run for the US Senate in North Carolina. Newsweek columnist Seth Abramson fears that the Republicans could become the “Trump Party” by 2024. The journalist, who also works for CNN, writes on Twitter: “This is a constant effort to build an autocratic dynasty and end America.” (Mirko Schmid)

After a triplet lie: TikTokerin no longer dares to go out

Beat the star: repeat with Sylvie Meis and Lilly Becker

Corona – Austria’s numbers shoot up to an annual record of...

Behind the “Great Firewall” ?: Messenger apparently falls victim to censorship

Police light check in Stuttgart: When the lights are on on...