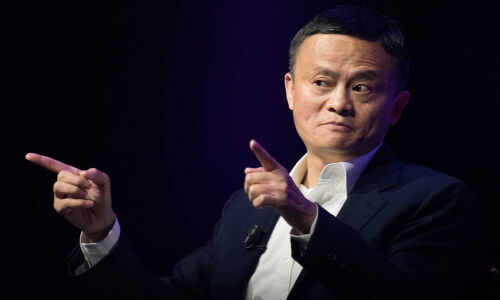 The Chinese authorities apparently want to do more than just fool the Internet billionaire Jack Ma. According to reports, the founder of the world’s most valuable fintech, Ant Financial, is no longer allowed to leave the country – and that’s not even all.

Since the surprise suspension of the double IPO of Ant Financial last November Jack Ma no longer performed publicly. With a tirade against China’s banks – the founder of the fintech Ant had accused the financial institutions of a pawnbroker mentality weeks earlier – the second richest man in China angered the authorities and was immediately tied back.

But apparently the billionaire is not yet off the hook. Like the agency «Bloomberg» (Item paid) reports, Ma is no longer allowed to leave the country.

This while regulators are turning Ant through the lack. None other than the central bank, the Bank of China, had accused Ant of not being so strict about compliance. Since then, the management of the most valuable fintech in the world, which wanted to raise another 37 billion dollars on the stock exchange, has set about remedying the alleged deficiencies at lightning speed.

Like the British newspaper “Financial Times” (Item paid), the «ant» now also has to revise the business model. Accordingly, the lucrative consumer loans and securitisations in the investment sector are affected.

On top of that. The Ant parent company Alibaba, the Chinese counterpart to the US trading platform Amazon, has recently become the target of an investigation into distortion of competition: The number one in online trading in mainland China may have pursued monopoly practices, according to the allegation from Beijing.

As a result, Alibaba’s share price has already started to slide – now it remains to be seen whether China will follow the tendency in the US to break up Internet giants like Google, Apple, Facebook or Amazon into smaller parts.

The mountain and valley ride of Bitcoin is unsettling investors. Can you trust this cryptocurrency?

The first new S-Bahn train in Berlin goes on the New...

A vaccine subject reports: This is how the corona vaccine is...