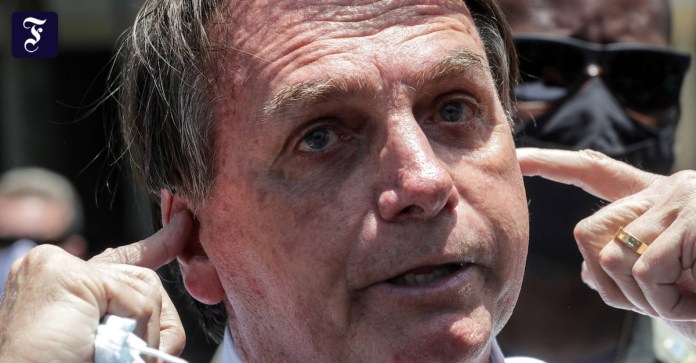 PPresident Jair Bolsonaro has not been able to anchor his power at the local level. This is shown by the results of the runoff election for the still vacant mayor offices in Brazil on Sunday. You confirm the trend of the first ballot, in which most of the candidates supported by Bolsonaro were already eliminated. On Sunday, the mayor of Rio de Janeiro sponsored by the president, Marcelo Crivella, suffered a clear defeat against the challenger and former mayor Eduardo Paes from the conservative “Democratas” (DEM).

The defeat in Bolsonaro’s adopted home of Rio is particularly painful for him. Because the evangelical Crivella is the nephew of the founder of the universal church, Edir Macedo, who is considered one of Bolsonaro’s closest allies in evangelical circles. The victory of Paes is an example of a return of the voters to the traditional forces of the so-called “Centrão”, the “big middle”. The candidates in this wide field, occupied by numerous parties, prevailed against left and right competitors in many places.

In São Paulo, the liberal former mayor Bruno Covas from the traditional “Party of Brazilian Social Democracy” (PSDB) won, he prevailed against Guilherme Boulos from the “Party for Socialism and Freedom” (PSOL). Bolsonaro’s favorite, the evangelical former television presenter Celso Russomanno, was eliminated in the first round of voting after a downright crash in the polls.

The Covas win plays into the hands of São Paulo State Governor João Doria. The liberal politician has developed into one of Bolsonaro’s strongest political opponents in the liberal-conservative spectrum in recent months. The local elections have shown Bolsonaro limits. The reasons for the poor performance of his camp are complex. On the one hand, it is due to the character of the local elections, for the outcome of which, in Brazil, too, concrete political questions are more important than ideological trench warfare.

The polarization that helped Bolsonaro win the election two years ago was less pronounced this time. In addition, Bolsonaro is currently non-party. For the supporters of the President it was not always possible to determine which candidates could be attributed to Bolsonaro’s camp. Before the first ballot, Bolsonaro had left it with a rather listless selection of “his” candidates. In his regular live broadcasts on social networks, he made a number of recommendations and held election posters in front of the cameras. However, he had largely refrained from appearing at the side of the chosen ones.

It is also questionable whether that would have helped. Bolsonaro was almost a sure-fire success two years ago, and many had ridden its wave of success, but there was practically no “Bolsonaro effect” in the local elections. This was also clearly shown in the elections for the members of the city parliaments in the first ballot. Since it is possible to run under a nickname in Brazil, dozens of candidates with the name Bolsonaro had entered the lists. But only one of them was elected: Carlos Bolsonaro, the president’s son, who will continue to serve on the Rio de Janeiro City Council. Even Bolsonaro’s ex-wife was not elected to the city council; Carlos Bolsonaro also lost numerous votes compared to the election four years ago.

Austria is said to have already found a location for the...

New Findings – Has Stonehenge been checked as a whole? ...

Berlin & Brandenburg: Speeding through Berlin at up to 160 km...

Champions League: Real Madrid are fighting in the knockout phase

Bundestag rejects Commissioner for the persecution of Christians in Germany

Corona: Macron positive – Merkel had to take a test