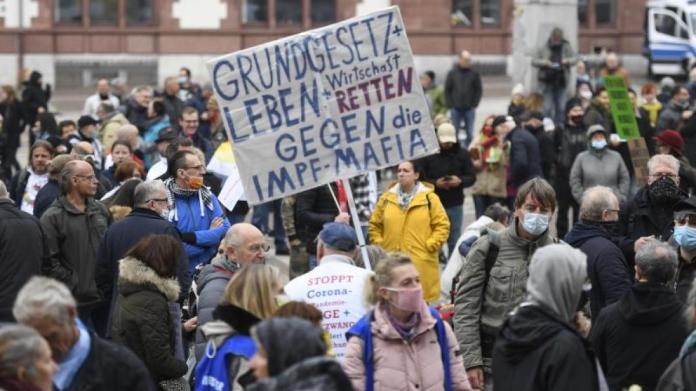 FRankfurt / Main (dpa / lhe) – The Jewish community in Frankfurt has warned of a possible protest march by “lateral thinkers” on Saturday in the Main metropolis. The movement has already proven several times that “its supporters do not shy away from tactless comparisons with victims of National Socialism,” it said in a statement on Wednesday. They deliberately set up distorted and completely absurd parallels that relativized and ridiculed the suffering of the victims of the Shoah and fueled anti-Semitism ».

A planned demonstration of the “lateral thinkers” for this Saturday (December 12th) had been canceled by the public order office. Nevertheless, the movement announced its coming afterwards. A large number of participants are expected to “provide information about tourist recommendations”, a message said somewhat vaguely.

In addition, the movement probably wants to take legal action against the ban on demonstrations. “The lawyer has announced that he will submit an urgent application,” said a spokeswoman for the Frankfurt Constitutional Court. So far, however, nothing has been done.

“Should the ban even be overturned, the strictest conditions must be imposed, which not only ensure compliance with the Corona regulations, but also prevent instrumentalization by historical revisionists and right-wing extremists,” explained the Jewish community. “Frankfurt must neither become a place of right-wing propaganda nor the scene of dangerous historical distortions.”

Supporters of the initiative and offshoots of the movement have taken to the streets in numerous German cities against restrictions in the Corona crisis in recent months. The movement came under fire because participants compared themselves with the resistance at the time of National Socialism and right-wing extremists took part in the protests. Unlike in Baden-Württemberg, the “lateral thinking” movement in Hesse is currently not being observed across the board by the Office for the Protection of the Constitution.

A milestone in the dialogue with the Islamic world 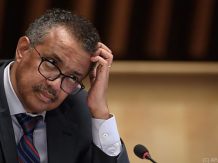