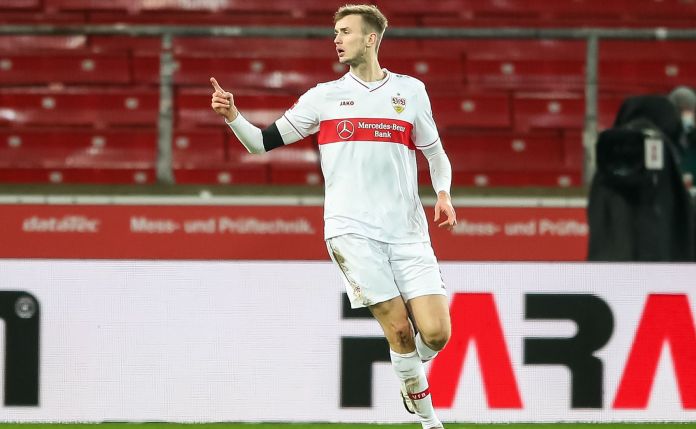 Sasa Kalajdzic shot VfB Stuttgart into the round of 16 of the German Football Cup on Wednesday. The ÖFB team striker scored the gold goal in the 15th minute for a 1-0 home win over SC Freiburg and has six goals in 14 competitive appearances this season. Kalajdzic played through as well as Philipp Lienhart on the other side.

VfL Wolfsburg also reached the round of 16. The fourth place in the Bundesliga table defeated SV Sandhausen despite Corona worries and numerous failures – among other things, Xaver Schlager, who was in quarantine as a contact person, was missing – well deserved 4-0.

Werder easily strolls into the second round – Hanover without a chance

A messed up year, a conciliatory end: Werder Bremen easily walked into the round of 16 of the DFB Cup. The team of coach Florian Kohfeldt deservedly won 3-0 (2-0) in the second round at the second division Hannover 96. Theodor Gebre Selassie (30th) and Josh Sargent (32nd) brought Werder with one the day before Christmas Eve Double strike early on, Jean-Manuel Mbom (60th) then made everything clear. Hanover remained pale overall.

Stuttgart album: Was there more snow in the past ?: Memories...

Rap video with Degerloch participation: With rhymes against hatred on the...

All upcoming VR headsets at a glance