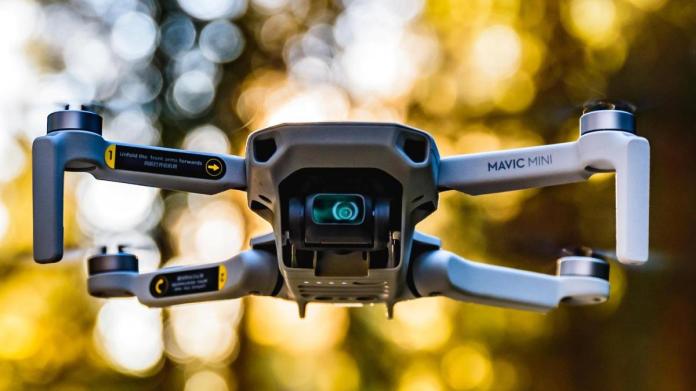 Dhe US Department of Commerce has now blacklisted the Chinese drone market leader DJI. This is to make access to American technology more difficult for the company. US companies are only allowed to do business with companies that are on this “Entity List” with a special permit.

This applies to the sale of microchips as well as to the licensing of software – the most prominent victim of this trade policy is currently the Chinese telecommunications manufacturer Huawei.

The Trump administration is thus intensifying the trade conflict with China again shortly before the future US President Joe Biden comes into power. At the same time, this could lead to a reorganization of the drone industry. DJI is by far the market leader in the sale of commercial drones. Although the company does not publish any figures, experts estimate the global market share to be almost 80 percent.

While Huawei ended up on the blacklist for espionage allegations, the US government accuses the drone company of violating human rights. DJI reportedly announced a “strategic collaboration” on its website in 2017 to provide police drones to the Xinjiang Public Security Bureau. But a short time later, the entry on the website should have been deleted again.

In the northwestern region of China, the Chinese authorities are cracking down on members of the Uyghur ethnic minority. According to estimates by human rights activists, around one million Uyghurs are being held in a network of hundreds of internment camps. What the Chinese government is doing to its own people is a matter of great concern for the US government. Beijing cannot be prevented, “but we can make sure that US technology is not part of the outrageous human rights practices against minorities in their country,” said a Commerce Department official.

“DJI is disappointed with the decision of the US Department of Commerce,” the company said in a statement to WELT. Customers in America could still buy and use DJI products as normal. “Our goal remains to develop the most innovative products in the industry and thus to make a global contribution.”

Processors could be a problem

The company writes the drone software itself. And on the hardware side, DJI doesn’t have to fear much: Although various modules in the drones come from US manufacturers: The radio transmitters from the flagship drones of the Mavic series come from Qualcomm Atheros, the chip for signal processing Camera from US manufacturer Ambarella, battery chips from Texas Instruments.

But DJI either develops key components such as processors, camera sensors and control technology itself or buys them in China. Also striking: In particular, the components in newer drones such as the Mavic Mini carry, which is revealed by the dismantling of repair websites such as iFixit, the DJI logo more and more often or come from Chinese suppliers.

Apparently, DJI started using as few US parts as possible months ago and is now developing a lot itself.

One problem, however, could be the licensing of patents in the field of radio technology and processors: DJI often uses technology from the British chip designer ARM, which, however, is currently being bought by the US chip specialist Nvidia. What consequences this purchase could have for Chinese companies is still completely open.

In the field of drone technology, DJI itself holds many patents; the Chinese are pioneers in drone development. US manufacturers could have problems developing their own mini-planes if the Chinese should block their patents from competitors.

DJI has been under pressure in the US for a long time, also because of suspected espionage. In March it became known that the Trump administration was preparing a decree to ban federal ministries and agencies from buying or using foreign-made drones because they pose a national security risk.

The US Department of the Interior had already stopped most of its civilian drone program in January for security reasons. About 800 drones were affected, some or all of which were made in China.

The US military banned DJI drones back in 2017

In a brief statement, the ministry said the move would help ensure that “the technology used for these operations is designed not to jeopardize our national security interests.” There should be exceptions for emergency operations and natural disasters. DJI had donated hundreds of drones to civil fire brigades and disaster relief agencies as well as to the local police in recent years.

The DHS Ministry of Homeland Security also pointed out in May of last year that Chinese-made drones could compromise data.

“The United States government has strong concerns about any technology product that brings American data into the territory of an authoritarian state that allows its intelligence services unhindered access to this data or otherwise misuses this access,” CNN quoted from the letter. The American military banned the use of DJI drones back in 2017.

DJI was founded in 2006 and, in addition to drones, also manufactures camera stabilizers. DJI’s Mavic models are among the most popular drones for home users. But they are also used professionally, for example by fire brigades, police, rescue workers and farmers.

DJI is just one of 77 companies that have now been blacklisted by the US Department of Commerce, including 60 Chinese companies. This also includes the chip manufacturer Semiconductor Manufacturing International Corporation (SMIC). 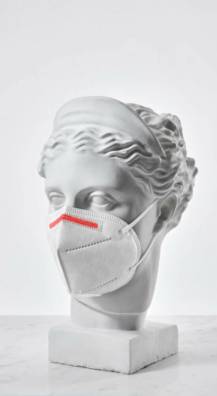 Which models VW is planning for the next few years

Sold out quickly: Run on corona self-tests at discounters

Hertha BSC: New main sponsor found by the end of the...

“There’s no point waiting for another vaccine” Max Eberl: Off to the mountains – sport

“Historic Game” in Tampa – First black referee crew in the...