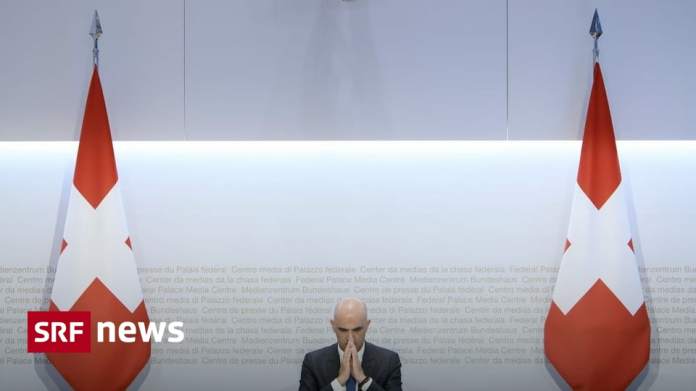 Yesterday the Federal Council announced new, tightened and standardized corona rules. Apparently without consulting the cantons in advance. This triggered some violent reactions. A look at the regions.


Surprised and irritated – Zurich region: In the canton of Zurich, the action of the Federal Council is astonishing: It is surprising and irritating from a state-political point of view, said the Zurich government SRF. The federal government’s new plans came just a few hours after the canton of Zurich informed them of its tightening. “I would have appreciated it if the Federal Council had discussed the proposed solution with us in advance,” said District President Silvia Steiner to TeleZüri.

«Understandable» – Aargau and Solothurn: “The canton of Aargau welcomes the proposals of the Federal Council,” wrote the government council. However, it was suggested that restaurants and bars should be open until 7 p.m. on Sundays and public holidays. In the canton of Solothurn, stricter rules were enacted on Tuesday. Health director Susanne Schaffner also calls for this on a national level: “With regard to the restaurants, we consider a complete closure to be expedient due to the worrying situation.”

For the Mittelweg – Bern region: The measures adopted in the canton of Bern never went as far as in French-speaking Switzerland, but further than in the rest of German-speaking Switzerland. The reactions were correspondingly: The Bern cantonal government welcomes uniform measures, but does not want to go as far as the Federal Council. The restaurants should only close at 9 p.m. and ten people should be allowed to participate in private events.

The lack of understanding of the Federal Council’s planned measures in French-speaking Switzerland is particularly great. “That was a slap in the face, we were caught on the wrong foot,” said the Freiburg economics director Olivier Curty.

As is well known, western Switzerland was a hotspot in autumn and responded with tough measures. Some restaurants were closed for weeks. Now of all places, when the first restaurants can open again, there should be nationwide restrictions. Mauro Poggia, Geneva Health Minister: “That is disrespectful to French-speaking Switzerland, which has taken its responsibility.”

The French-speaking cantons are now calling for exceptions from the Federal Council for French-speaking Switzerland. “If the number of reproductions is below one, you shouldn’t have to comply with the strict requirements,” said Olivier Curty.

In addition, the cantons of Friborg, Vaud, Neuchâtel, Valais, Jura and Bern are calling for a federal dialogue to be set up from January onwards, so that the cantons’ positions are better taken into account in advance and the planned measures are more predictable.

«Right out of date» – Central Switzerland: The Uri government has little understanding of the federal government’s actions. It is particularly annoying that the restaurants are supposed to close at 7 p.m., said Health Director Christian Arnold: “We have no evidence that there has been a particularly high number of infections there.” His Nidwalden colleague Michèle Blöchliger was also irritated. “The Federal Council has overtaken us with its measures on the right.” But she admitted that a nationwide standardization of the rules would make a lot of things easier.

No criticism comes from Zug. “From an epidemiological point of view, this is important so that the hospitals are not overloaded after the Christmas season,” said Health Director Martin Pfister. It sounds similar from Lucerne: Government Councilor Guido Graf said that “urgently effective measures must be taken”. The hospitals in central Switzerland are already very busy.

From the canton of Ticino it remains silent for the time being after the Federal Council’s demands on Tuesday. The cantonal government does not want to make an official statement until tomorrow, Thursday. Unofficially, it is said that one is amazed, says SRF Ticino correspondent Karoline Thürkauf.

Surprised because the canton of Ticino already announced tightened measures last Monday. Bars have to close at 7 p.m. However, since restaurants and casinos, for example, are still allowed to remain open until 10 p.m., the measures do not go as far as the Federal Council demands.

From critics to supporters – Eastern Switzerland: The St. Gallen government expressed its support for the federal measures on Wednesday. At the end of October it had sounded completely different. There was talk of overrated federal measures and fatal consequences for society and the economy. Then, as now, the St. Gallen government demanded that the Federal Council should consequently proclaim the extraordinary situation.

Prisoners make requests for clemency because of Corona – SWR Aktuell

House community with 23 people in quarantine due to Corona |...

Again over 14,500 expected: a slight tailwind for the DAX

Corona: Country does not rule out further tightening | NDR.de...