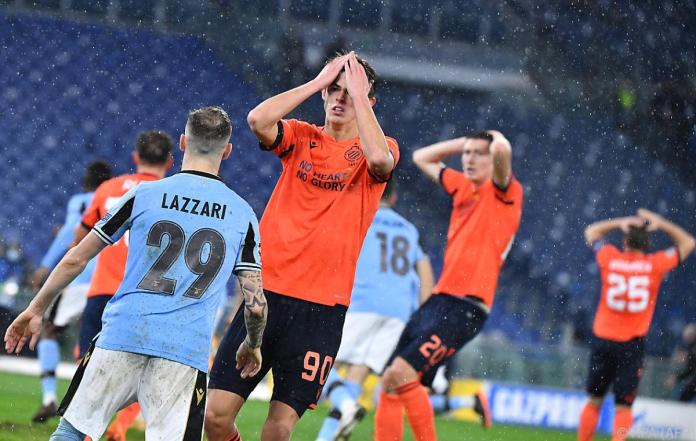 Lazio secured the second round of 16 promotion ticket in the football Champions League group F on Tuesday evening. A 2-2 home draw against Club Bruges in the last game was enough for the Italians to keep the Belgian play-off defeated LASK two points away. Borussia Dortmund defended first place with a difficult 2: 1 away win at the winless bottom end Zenit St. Petersburg and in the end crossed the finish line with a three-point plus.

Bruges move into the round of 32 of the Europa League, the international season is over for the Russians. Joaquin Correa (12th) and Ciro Immobile (27th / penalty) had shot the Romans twice in the lead, but Ruud Vormer (15th) and Hans Vanaken (76th) each hit back. And that despite being outnumbered after a yellow-red card for full-back Eduard Sobol (39./Foul). In the finish, the Belgians were even closer to victory, but had bad luck with an aluminum goal by Charles de Ketelaere (92nd). So the Italians trembled in the knockout round.

Dortmund also had a lot of trouble. After the early deficit by Sebastian Driussi (16th), Lukas Piszczek (68th) and Axel Witsel only turned the game in the second half with a double strike at his old place of work.

So far no evidence of a new virus type in Germany...

Bike planning in Stuttgart: At least six years for 670 meters...

Lockdown and curfews in the south and north | Free...