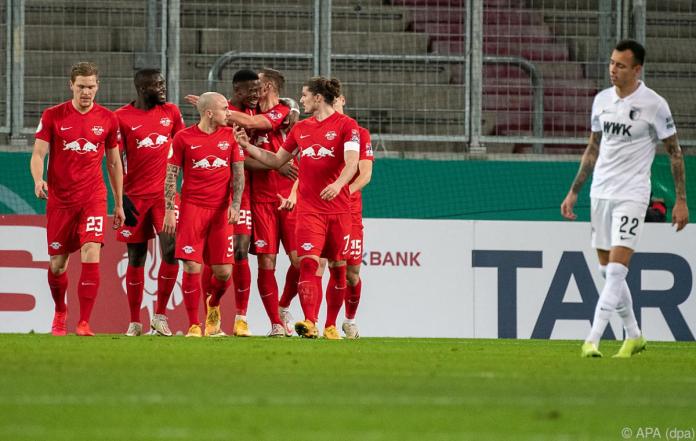 RB Leipzig made it through to the round of 16 of the German Football Cup on Tuesday evening. The Bundesliga third won the duel with league rivals FC Augsburg thanks to goals from Willi Orban (11th), Yussuf Poulsen (75th) and Angelino (82nd), deservedly 3-0. ÖFB team player Marcel Sabitzer played through on the Leipzig offensive. On the other hand, striker Michael Gregoritsch could not put himself in the limelight.

A rare sense of achievement – in the league they are 29 games without a win – there was for Schalke 04. In the last game under interim coach Huub Stevens, fourth division SSV Ulm was defeated 3-1. At the end of a completely messed up year, Suat Serdar (27th) and two times Benito Raman (51st, 63rd) made it only the fourth competitive win in 2020. Alessandro Schöpf played the entire 90 minutes. 1. FC Köln also fixed the rise in a duel with second division VfL Osnabrück, where Lukas Gugganig played, with a 1-0 home win.

Exclusive Insa survey for BILD: CDU in Berlin ahead, SPD and...

Terrorist attack exposed: It was supposed to cause a second 9/11...

The end of the lockdown is approaching: The scenarios for an... Crypto business: PayPal does not want to put any company money...