From Monday, the all-day exit restriction will be moved back to the night. On the Christmas holidays and New Year’s Eve, up to ten people from different households can meet. Bars and hotels will open from January 7th, skiing will be permitted from December 24th.

On Wednesday afternoon, the top government announced the previously rumored easing that will apply from next week. Federal Chancellor Sebastian Kurz (ÖVP) spoke at a press conference of a “tough, restrictive” time, Health Minister Rudolf Anschober (Greens) of an “incredibly difficult year” that is now coming to an end.

Since the seven-day incidence will fall to around 250 next week due to the new lockdown, there is now a basis for opening steps, Kurz said. “The emergency brake worked,” said Anschober. Despite the current high number of deaths, triage was prevented. You still have to pay attention to the hospital resources, since the flu wave is imminent. “That is the decisive factor in the few months until the vaccination,” said Anschober.

However, the development is “too slow”, warned Vice Chancellor Werner Kogler (Greens). The opening steps were therefore carried out “responsibly” and carefully.

From Monday, the nightly exit restriction between 8 p.m. and 6 a.m. already known from the “soft” lockdown will apply. During this time you are only allowed to leave your own home for work, basic needs of daily life, to help other people and to exercise in the fresh air. During the day it is possible that people living together in one household can meet up with another household (up to six adults and six children).

There is a special rule for Christmas: A total of ten people can meet on the public holidays (24/25/26 December) and on December 31, independently on the number of households involved. “Holidays are always a difficult phase,” said Anschober, appealing for hygiene measures and the avoidance of crowds. “Our goal must be” that “an infected person does not sit under every Christmas tree”, said Kurz, but nevertheless a “dignified and nevertheless reasonably safe Christmas” should be possible.

In public places, all persons who do not live in their own household must be kept one meter away. When meeting in closed public spaces, mouth and nose protection must also be worn.

Compulsory schools and kindergartens resume regular operations. From the age of ten, a mask is required in class.
However, high schools and universities will continue to be distance learning.

Education Minister Heinz Faßmann (ÖVP) advocated this compromise in schools at the press conference on Wednesday afternoon. “From my point of view, unconditional school closings are not a viable solution.” With this solution, at least some of them can be unlocked.

While the upper levels (AHS, BMHS and vocational schools) continue to do distance learning, the final classes can return. In some cases, high school students can also be brought to school, up to 25 percent of the students in a class by the hour. It can also be up to 50 percent to prepare for a school assignment. The whole class is allowed to come to school for school work – provided the spatial conditions allow it. However, only one school assignment should take place per semester, said Fassmann.

In general, schoolwork is possible again from December 7th, at least if the material has been announced a week before. In this semester, only one homework should be carried out per subject. If this is not possible either, other forms can be used for the assessment.

There should be no consequences for teachers who do not participate in the currently running mass tests. Children in kindergartens, however, are not tested.

The trade will open again, but with the obligation to wear mouth and nose protection in the shops. There is a limit of ten square meters per customer for customer areas. In shopping centers, only the area of ​​the shops is evaluated in order to reduce the number of visitors.

On the question of when to open, Kurz said: “Every day means massive losses” for the taxpayer. The fear of a heavy shopping day on December 8th is justified, but there are also concerns that “an even longer closure would lead to an even greater concentration”, for example with the example of hairdressers. But: “We will have our hands full to keep the events on December 8th under control”. But that also depends on the question, “How much calm and prudence does the population act?” After all, there is also “a day after”.

All services, including those close to the body such as hairdressers and nail salons, are allowed to reopen. For customer areas, there is also a limit of ten square meters per customer. In the case of body-hugging services, no food or drinks may be given to customers.

The catering establishments must remain closed until January 7th, then they can reopen. However, collection is still possible. Open alcoholic beverages may not be sold. Delivery services can also deliver at night. However, Christmas markets remain prohibited. These are currently “unfortunately not compatible” with the infection, said Tourism Minister Elisabeth Köstinger (ÖVP).

“Austria is a diverse country,” said Interior Minister Karl Nehammer (ÖVP), referring to those who returned to travel in the summer, “mainly from the Western Balkans”, “who brought the virus back in”, as Chancellor Kurz argued. A “restrictive border regime” should now prevent this: By 10 January, the risk areas should be classified on the basis of the 14-day incidence of the respective countries. All countries with a value above 100 are classified as risk areas.

People entering from a risk area then have to go into quarantine for ten days. The regulation should apply from December 19. If a person can show that an exit is imminent before the end of the quarantine, this should be possible more quickly, said Nehammer. A PCR test can also be carried out after five days. If the test result is negative, the quarantine can be ended prematurely. There will also be exemptions for commuters.

Employees must be tested weekly. If tests are not available, an FFP2 mask must be worn. Newly admitted residents in old people’s homes must show a negative result of a corona test, visitors must also show a negative test result. Only one visitor per resident per week is allowed in both hospitals and old people’s homes. Underage residents of homes for the disabled and residents in need of assistance may be visited by two people. Palliative or hospice care, for example, is excluded from this rule.

“This year was a big challenge,” said Vice Chancellor Kogler. “We don’t want to ignore the fact that art and culture are an essential part of our lives.” Therefore, cultural institutions and cinemas should be allowed to reopen from January 7th, museums and libraries will be allowed to do so from next Monday. An evaluation should take place in mid-December.

All contact sports are still prohibited, indoor sports facilities are closed to amateur athletes. Outdoor sports venues can open from December 24th, which means that skiing, cross-country skiing and ice skating will then also be possible again. However, as hotels remain closed, this will only be possible on the basis of a day trip. The Chancellor left it open for the time being whether there would be a chance of a kind of “drive-in yeast dumpling”, as a journalist described the possibility of pick-up in ski huts. There are “special security concepts”. There are capacity restrictions and a mask requirement in gondolas.

When asked whether the federal government has now responded to the demands from Germany and Italy with the regulation, Kurz said: “It is logical that the countries react depending on the infection rate.” Briefly, the “media debate about skiing [premium]“Do not understand. “We also don’t discuss where soccer games or cultural events are possible in Europe.” Tourism Minister Köstinger spoke of an industry that is “considerably” important for the economy. “We are the number one skiing nation.” But the winter season will be “very, very difficult”.

Events in the cultural sector remain prohibited. “I am very grateful for the understanding,” said Kogler. In two weeks they want to “announce details” along the infection process. But “as tragic as it is, there is no perspective here until January 7th. After that we will look ”.

LASK stumbles over Tyrol: “We distributed lots of presents” – Football – 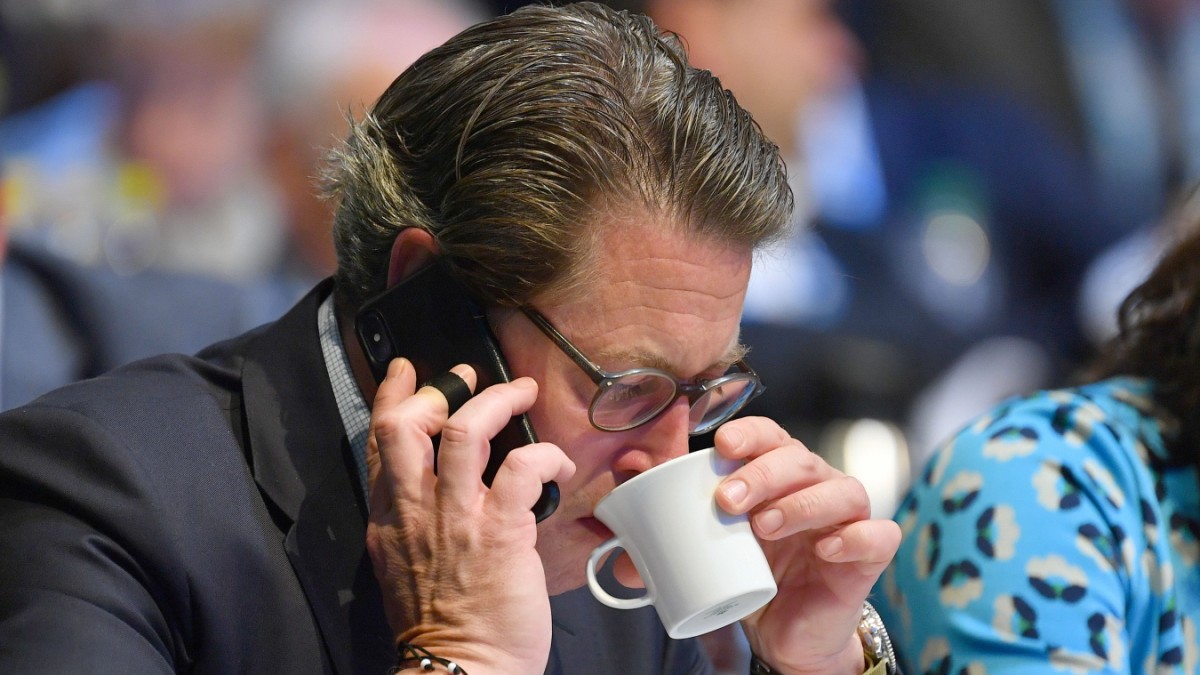 Concern about new technology: does the mRNA vaccine change our genetic...

Will Tegel soon have a second lido? – BZ Berlin