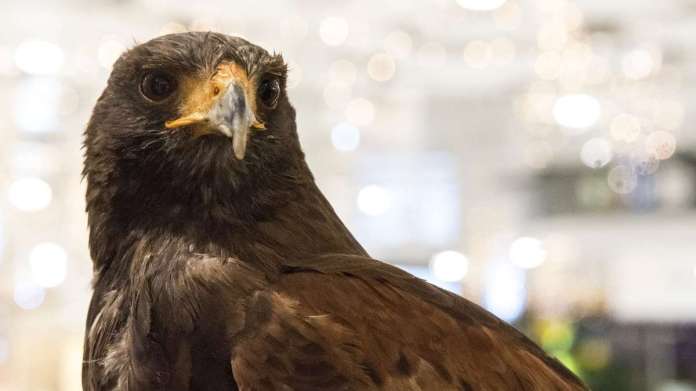 Two messages are worrying about Christmas 2020: Two regions in Germany are recording the first bird flu cases. A poultry farm in Saxony is affected.

Update from December 25th, 2020, 6.46pm: Saxony now also has a case of avian influenza in a farm animal. So far, only one case of bird flu in a wild animal has been confirmed in the state – now the worrying news comes from a company in the district of Leipzig.

“It is very challenging that after the corona pandemic and the African swine fever with the avian influenza the third crisis is overtaking us,” said the Saxon Health Minister Petra Köpping (SPD) on Friday. She expressed concern: “All animal owners must now adhere to the regulations that have been issued in order to prevent the spread of bird plague.”

First report from December 25th, 2020, 4:58 p.m .: Stuttgart / Donaueschingen – In the Black Forest someone becomes seriously ill Common buzzard found at a pond. Studies confirm: the buzzard was infected with the bird flu virus (HPAIV). After the North Sea coast and NRW, another region in Germany is now also affected. The Ministry of Agriculture in Stuttgart fears that the Virus* under Wild birds can redistribute quickly. Especially walkers and bird keepers should therefore be careful.

The HPAI-Virus occurs in different forms, especially in water birds. Colloquially, the illness it causes is also known as bird flu. Usually sick animals only suffer from mild disease symptoms. But can Mutations* also cause severe disease in animals – then one speaks of avian influenza. Some of the virus types can also cause fatal infections in humans. So far, however, there is no evidence that the current Virus variant infections in humans. Nevertheless, caution is advised.

Bird flu virus in Germany: Institute has been observing more and more cases since 2020

The Friedrich Löffler Institute, a kind RKI For Animal health, observed hardly any cases of the bird flu virus in Germany in recent years. The last report of a case from Schleswig-Holstein was from 2018. But at the beginning of 2020 the situation will change.

At the beginning of 2020, Eastern Europe reported some outbreaks, initially the risk for birds on German territory was classified as low. However, during the year the United Kingdom, the Netherlands, France, Denmark, Ireland, Belgium, Spain, Italy, Norway, Sweden, Poland, Slovenia and Croatia reported cases of the virus variant H5 in wild birds and poultry. At the beginning of December 2020, there were already 400 cases Wild birds registered in Germany. Also 12 cases in Poultry farming are known so far.

Bird flu in Germany: authorities are alarmed and have clear instructions on how to behave

Bird halter are already taking action to their Livestock to protect:

As the bird flu is getting closer, we have made sure that the # ExMädelWG is separated from the wild bird world. Because sparrows and wren have so far been able to get in there unhindered. What you do on the 4th of Advent 😎 was quiet .. Ok, the stapler, but ok I think pic.twitter.com/CoDVcARpI7

On Monday (December 28th) the authorities in the affected districts of Schwarzwald-Baar-Kreis and Tuttlingen want one General decree announce. But the following already applies: Bird keepers should protect their animals and report to the authorities when they register Respiratory Symptoms* and may have had contact with infected poultry.
Walkers are also warned: whoever is sick or has died Wild bird finds, should not touch it or move it away from the site. Instead, the responsible veterinary authorities should be informed at the district offices or the mayor’s offices. (kat / dpa) * Merkur.de is part of the Ippen-Digital network.

US President Biden plans to run for re-election in 2024

Marinomed – New data on the effectiveness of Carragelose for the...

DTB-Pokal is canceled for the second time

THAT is the grandson of former Federal Chancellor Helmut Kohl

Does farmer Patrick still have contact with his ex-court lady Julia?

Samsung Galaxy Tab Active 3 in the test: waterproof and hard

The 2020 US election is over – but President Donald Trump...

Hormone explosion in Lydia: this is how Dr. Bob on...