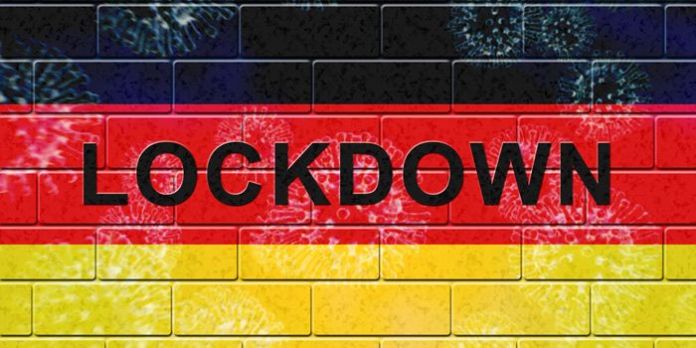 The lockdown is decided! According to a draft resolution, schools and retail outlets will be closed in principle. There are exceptions for shops with daily needs.

Public life in Germany will be shut down from Wednesday (December 16) to January 10 in order to curb the spread of the corona virus again. The proposal was approved by Chancellor Angela Merkel (CDU) on Sunday morning. The following steps are noted in the draft resolution sent to the federal states by the Federal Chancellery that morning.

These shops can remain open

The retail trade will be closed from December 16 to January 10, with the exception of shops that cover daily needs.

These restrictions apply over Christmas

For the days from December 24th to 26th, it is proposed in the paper that the federal states can allow “meetings with 5 people plus children up to 14 years of age in the immediate family” as an exception to the otherwise applicable contact restrictions.

According to the paper, the closest family circle includes spouses and other civil partners as well as direct relatives such as siblings, siblings and their respective household members, even if this means more than two households. It is appealed to reduce contacts to an absolute minimum in the “five to seven days before family reunions”.

Schools should be closed in principle, or the compulsory attendance will be suspended. Emergency care is ensured and distance learning is offered. Separate regulations may apply to graduating classes.

The same procedure is used in day-care centers. There are additional opportunities for parents to take paid leave to look after their children during the period mentioned.

Work should go to the home office

Employers are urged to check whether companies can be closed either through company holidays or generous home office solutions.

No fireworks on New Years Eve

Drinking alcoholic beverages in public places is prohibited from December 16 to January 10. Violations are fined.

In addition, the sale of pyrotechnics is generally prohibited before New Year’s Eve. On New Year’s Eve and New Year’s Day there is a nationwide ban on gathering and gathering, as well as a ban on fireworks in popular places, which are determined by the municipalities.

In view of the drastically increased corona numbers, Bavaria’s Prime Minister Markus Söder (CSU) has announced strict night-time exit restrictions for the entire Free State. So far, a curfew from 9 p.m. to 5 a.m. has been implemented in hotspots with an incidence of over 200 – but since the country is now above this value overall, this will now be done “for all of Bavaria,” said Söder on Sunday after consulting by phone Federal and State in Berlin. Staying in public space is then only permitted for a very few valid reasons.

Hairdressing and massage parlors will be closed

Service companies in the field of personal care such as hairdressing salons, cosmetic studios, massage practices, tattoo studios and similar businesses will be closed.

Medically necessary treatments such as physiotherapy, occupational therapy and logotherapy as well as podiatry / foot care are still possible.

Church services in churches, synagogues and mosques as well as meetings of other religious communities are only permitted if the minimum distance of 1.5 meters can be maintained. It is compulsory to wear a mask on the square, singing in congregations is prohibited. If full occupation is expected, visitors should register.

Special protective measures should be taken for old people’s and nursing homes as well as mobile care services. The federal government supports this with medical protective masks and by assuming the costs for rapid antigen tests.

How to get a corona test is explained in the video at the beginning of the article.

The federal states will order mandatory testing several times a week for the staff in the elderly and care facilities. In regions with an increased incidence, evidence of a current negative corona test is to become mandatory for visitors.

In view of the tough lockdown from Wednesday, the federal government is expanding corona financial aid for companies. This emerges from the decision paper after the consultations between Chancellor Angela Merkel (CDU) and the Prime Ministers of the federal states on Sunday.

Specifically, in the case of bridging aid III, which will apply from January, the maximum amount is to be increased from EUR 200,000 to EUR 500,000. The maximum grant is therefore planned for companies that are directly and indirectly affected by closings. The bridging aid is a subsidy for corona-related declines in sales.

Fixed operational costs are reimbursed. For the companies affected by the closure, there should be down payments similar to the November and December aid.

The costs of the extended bridging aid III are estimated at around 11.2 billion euros over a month with the ordered closings, according to a paper by the Ministry of Finance and Economics. It was available to the German Press Agency.

According to the resolution paper, relief for trade is also planned. In view of the expected stricter measures to contain the virus, retailers in particular had asked for additional help.

You can find out more information in our Corona ticker.

PS are you on facebook? Then become a fan of wetter.com now!

To the news overview Panorama

Deutsche Post: A champion that only Amazon can harm

RKI warns to avoid contact at Christmas due to Corona ORF III on Monday and at the time of the Conception...