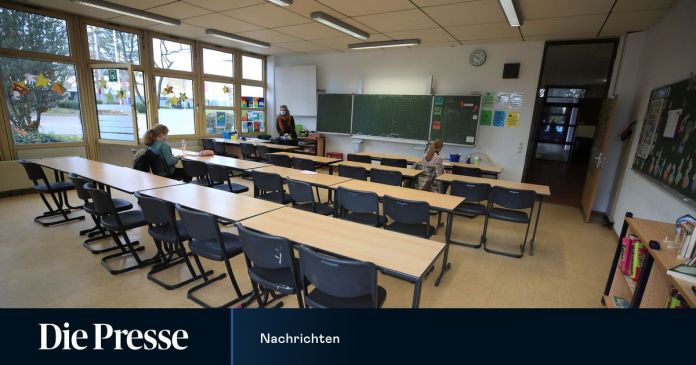 After the Christmas holidays, the school starts on January 7th for all school levels in distance learning. During the semester break, there should be supplementary classes at the schools.

There will be supplementary classes at the schools during the semester break. This was announced by Education Minister Heinz Faßmann (ÖVP) at a press conference with Tourism Minister Elisabeth Köstinger and Finance Minister Gernot Blümel (both ÖVP) on Saturday. Similar to the summer schools, participation is not compulsory for the students. For the time being, he rejected a discussion about shortening the summer vacation. There will be no compulsory test for students as a prerequisite for returning to classes from January 18th.

After the Christmas holidays, the school starts on January 7th for all school levels in distance learning. “Students and parents already know the procedure,” said Fassmann. Similar rules apply here as in the second lockdown: the schools are open again to all students up to 14 years of age who need care or need support in learning. You can complete work orders there or follow distance learning on the existing devices.

As in the past, the students of the AHS upper levels, BMHS and vocational schools can be brought to the locations between 7th and 15th January for attendance phases – for example for practical exercises in order to be prepared for school work or to write them. The main focus is on the final classes. At the same time, however, never more than half of the students at a location may be present at the same time.

For all students, face-to-face classes should start again on January 18th. The submission of a negative test result will not be a prerequisite for participation, says Faßmann. Otherwise, this would be an incentive for some not to be tested.

Places at summer schools will be doubled

The school message, known as the semester report, is distributed normally, followed by the semester break, which is staggered depending on the federal state. They want to adhere to these formal structures – with the closings there is already a back and forth, said Faßmann. However, the schools remain open for so-called supplementary lessons during the semester break – this is a lesson that is not compulsory for the students, such as that offered for high school graduation classes between grades and exams or in the summer schools. This should be done voluntarily by teachers who are paid overtime for it, or by student teachers who are employed and paid via a special contract.

In addition, the number of places at the summer schools will be doubled, announced Faßmann. In addition, they are working on an extensive support program for all school levels from the summer semester, which provides for additional hourly contingents for support and supplementary lessons and should be at least 100 million euros.

Kaiser calls for the summer vacation to be shortened

Faßmann does not currently want to discuss shortening the summer vacation. He already understood the desire for a certain degree of predictability – but it was too early for that now. “I invite everyone, including governors, who think there should be a shortening, to take part in our summer school.” Carinthia’s governor Peter Kaiser (SPÖ) had previously called for the summer holidays to be shortened.

For the period between January 7th and 15th, the compulsory kindergarten is lifted for the last year of kindergarten – but the kindergartens are open normally. Meanwhile, the GPA criticizes in a broadcast that some federal states do not refund private kindergarten operators the negotiated corona bonus of 300 euros for their employees.

For family visits: Hotel overnight stays in MV are allowed for... 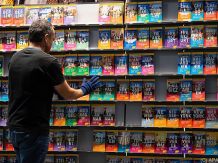 Frankfurt Book Fair again this year as a face-to-face event –...

Next COVID case in flight, tough sanctions if the quarantine rules...

Decision at the Corona summit: No Easter relaxations for family visits...