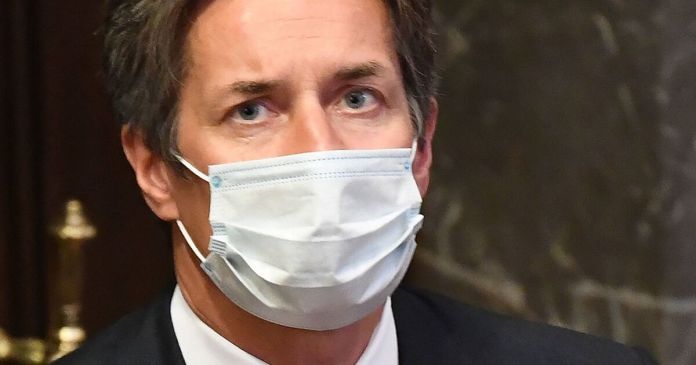 From Ainedter’s point of view, the Schöffensenat “did not withstand the enormous pressure to condemn the media prejudice, which was unique in the Second Republic, with thousands of negative media reports and wrongly condemned Karl-Heinz Grasser”. Ainedter now also wants to bring the suspicion of bias of Judge Marion Hohenecker expressed at the beginning of the proceedings before the Constitutional Court (VfGH).

The second defendant, ex-FPÖ general secretary Meischberger, left the large jury court room in the Vienna criminal court while the verdict was being pronounced visibly angry. He was just waiting for his seven-year sentence. He thus missed the fact that he was more lucky, at least in one other case: he was acquitted of the fraud allegations surrounding the sale of his villa in Vienna-Döbling.

The prosecutor’s office for business and corruption accused Grasser, the finance minister in two governments of ex-Chancellor Wolfgang Schüssel (ÖVP), of having committed embezzlement in the privatization of federal apartments in 2004 and of allowing himself to be bribed. He is also said to have received a bribe when the tax authorities rented the Terminal Tower office building in Linz in 2006. The Buwog privatization involves a commission of 9.6 million euros, while the Linz office building is said to have flowed 200,000 euros. According to the indictment, the money is said to have been split between Grasser and his co-defendants.

Grasser and co-defendants Walter Meischberger and Ernst Plech – the latter has been unable to stand trial for health reasons for a long time – reject the allegations and accuse the accusers of partiality and violation of the law. The witnesses accuse them of lying. The co-accused ex-lobbyist Peter Hochegger made a partial confession at the beginning of the trial and thus incriminated the other defendants.

The process in the Vienna Regional Criminal Court began on December 12, 2017, and the trial lasted 168 days. A total of 150 witnesses were questioned. In addition to the suspicion of corruption in the privatization of federal housing (Buwog and other housing associations) and the Terminal Tower office building in Linz, charges relating to Telekom-Valora party financing and a fraud allegation relating to Walter Meischberger’s villa were also included in the trial.

In the process, the question was examined in detail whether secret information from Grasser about Meischberger and Hochegger flowed to the ultimately victorious bidders Immofinanz and RLB Upper Austria during the privatization of the federal housing. Grasser and Meischberger deny this decidedly. Using a tip from Hochegger and Meischberger, Immofinanz / RLB Upper Austria outbid CA Immo by almost a million and won the bid for the federal apartments with EUR 961 million. Meischberger stated that he had received the crucial information from the – now deceased – ex-FPÖ boss and Carinthian governor Jörg Haider.

The woman thinks she has a relationship with a famous actor

This is how it is for Samuel Koch today

SEO Agency: Make the most of your website with an SEO... 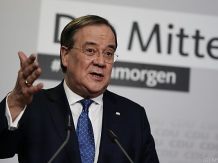