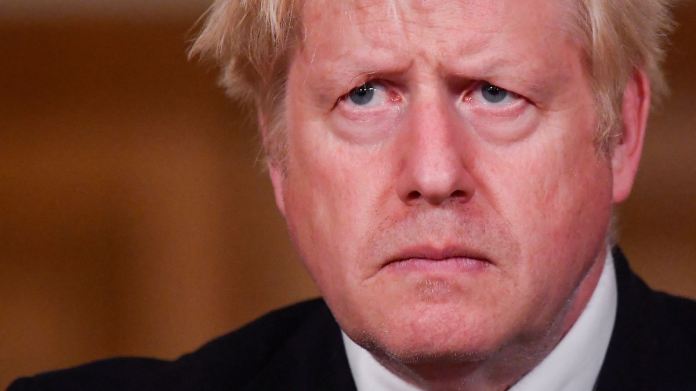 The British Prime Minister Johnson does not want to know anything about an extended transition period around Great Britain’s exit from the European Union. EU parliamentarians are therefore increasing the pressure, seeing the United Kingdom as being “twice the burden”.
Leading EU parliamentarians have appealed to Great Britain to agree to an extended Brexit transition period in view of the coronavirus mutation. Great Britain is “just twice burdened,” said Parliament’s Vice-President Katarina Barley of the SPD to the “Redaktionsnetzwerk Deutschland” (“RND”). If a deal with the EU on future relations is reached before the end of the year, “it would be sensible to examine this calmly” and to continue to apply the internal market rules in full during the short transition period.

The hand of the EU for a temporary extension of the transition phase is “always outstretched”, stressed Barley. It is up to British Prime Minister Boris Johnson to “take this hand now”. The previous transition period, during which Great Britain remains fully part of the internal market despite its exit from the EU, expires at the end of the year.

The head of the Brexit group in the European Parliament, David McAllister, said: “We want to take all necessary steps to minimize distortions for our citizens and companies. We are also concerned about the critical situation surrounding the corona virus.” It is about “working constructively and pragmatically on feasible solutions.”

The chairman of the trade committee in the European Parliament, Bernd Lange from the SPD, also told the “RND” that in view of the new virus mutation, the best solution would be for Great Britain to agree to an extension of the transition period. But he has “no great hope” that this will happen.

The EU and UK negotiators continued their trade deal negotiations on Monday. But the EU Parliament declared the timely ratification of a possible deal no longer feasible.

The main points of contention in the negotiations for months have been fair competition, control of a future agreement and access to British waters for fishermen from the EU. While there had recently been significant progress on the first two sticking points, the fishing question remained difficult to the end.

A deadline set by the EU Parliament for a finished text expired on Sunday evening. Should an agreement be reached in the coming days, it could possibly come into force provisionally and only be ratified afterwards. However, time is running out for that too: EU circles said that provisional application of an agreement from January 1st would only be feasible if an agreement was reached by Christmas.

Alternatively, a “no-deal scenario” threatens, with tariffs and other trade barriers at the borders with the United Kingdom from January 1st. Cut travel connections between Great Britain and the rest of Europe due to the fear of the spread of the mutated variant of the coronavirus, which has so far mainly been found in southern England, are already providing a foretaste of this.

More than 80 dead in inter-ethnic fighting in Sudan – Politics...

More COVID-19 infections after “thinking outside the box” demonstrations