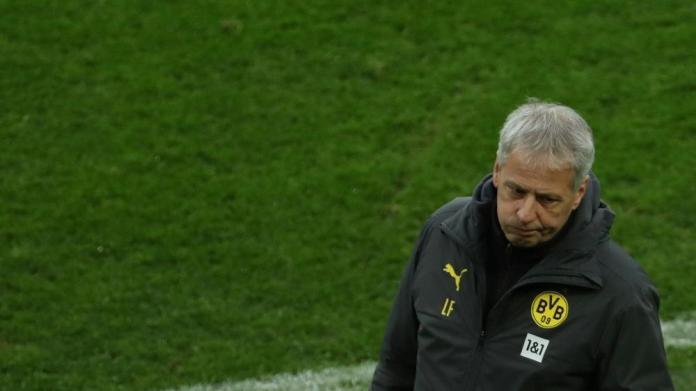 BVB has received a report from picture according to coach Lucien Favre separated. As the newspaper reported on Sunday, the team should be informed of this step during the afternoon. The staggering title contender thus drew the consequences of the 1: 5 debacle against newly promoted VfB Stuttgart. A confirmation was initially not available, the association could not be reached for a comment. The previous Favre assistant Edin Terzic is supposed to picture according to take over by the end of the year.

The assistant takes over

The contract with the 63-year-old football teacher Favre ran until the end of the season. In view of the continuing downward trend with three home defeats in a row, the top of the club was forced to take this step. The desolate appearance against VfB cost Favre the last remaining reputation. After two and a half years in Dortmund, the Swiss also failed because of the difficult task.

The club’s management would have loved to continue working with Favre at least until the end of the contract in the summer in order to gain more time to look for a successor. After all, alternatives are currently rare on the coaching market. But the concern about missing the Champions League qualification for the coming season, which is eminently important in Corona times, increased the pressure to act.

Nagelsmann and Rose are the preferred candidates

Now the Revierclub has to go looking for a trainer again. After Jürgen Klopp’s long successful era (2008 to 2015), four soccer teachers in Thomas Tuchel, Peter Bosz, Peter Stöger and Favre were already worn out. Julian Nagelsmann and Marco Rose are considered to be possible preferred candidates. But both the Leipzig and Mönchengladbach coach are under contract with their clubs beyond the summer.

Corona news on Tuesday: The most important developments on Sars-Cov-2 and...