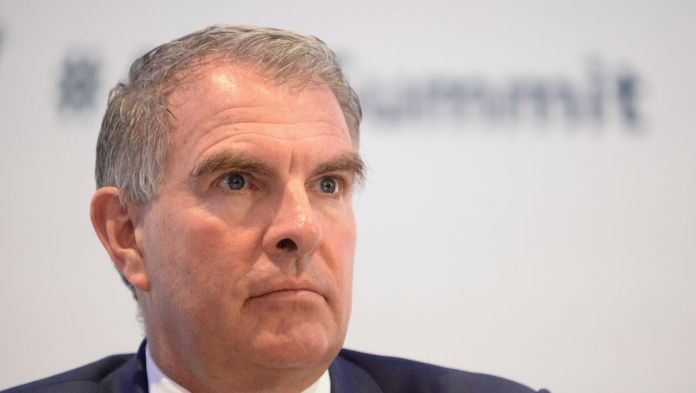 Lufthansa boss Carsten Spohr threatens pilots of his airline again with layoffs in the spring. “In the absence of an agreement, it will probably be the first time in the history of our company in the second quarter of 2021 that 500 captains and 500 first officers will have to leave us,” Spohr told Wirtschaftswoche. That would be a fifth of the approximately 5,000 pilots in the Lufthansa core company.
It can hardly be explained that no solution is foreseeable, said Spohr with a view to the pilots union Vereinigung Cockpit (VC), with which a far-reaching agreement on cuts in the corona crisis is pending.

It was “of all things the group of employees with the highest collective wages,” said Spohr. “Innovative part-time models for the next few years should be possible in order to compensate for the undoubtedly existing surplus of staff with as few layoffs as possible.” The agreed protection against dismissal applies to the other employment groups.

Lufthansa, which was shaken by the corona crisis, has already agreed on cuts with the flight attendants’ union UFO and Ver.di. VC and Lufthansa have so far only agreed on a short-term restructuring collective agreement for this year, which, according to the union, has saved around 150 million euros. For example, increases in short-time work allowance, subsidies for company pensions and a wage increase were canceled.
As early as the second quarter of 2021, Lufthansa had threatened the pilot with redundancies of up to 1,100 colleagues for operational reasons. The group has initiated corresponding negotiations with the works councils for the social plan and the reconciliation of interests. The state rescued Lufthansa has already made a loss of 5.6 billion euros in the first nine months of the year and reduced its flight offer due to the corona crisis. By the end of the year, 29,000 jobs are to be cut at the group.

The negotiations with the workforce are a tightrope walk for the Lufthansa boss: On the one hand, Spohr has to keep up the pressure, on the other hand, he himself raises hopes for better times. Thanks to the upcoming approvals of corona vaccinations, Lufthansa sees an upturn in its business. “Since there was a definite prospect of an effective vaccine, our bookings for next summer have tripled,” said Spohr. “The fact that people have already reserved air travel for Easter shows how confident they are.” In the coming year, Lufthansa will be able to achieve half the level of 2019 again. “We calculate with up to 70 percent for summer and autumn.”

The outflow of liquid funds should be stopped as early as next year, and the airline wants to be profitable again from 2022. Spohr therefore continues to expect the federal government to reduce its stake in the airline from 2023. “I see no reason why things should turn out differently,” said the CEO. He made it clear that Lufthansa had so far called only three billion of the public stabilization funds totaling nine billion euros. “And thanks to our strict cost management, we have only actually spent a small part of it so far.”

Formula 2: Mick Schumacher wins the title with a 14 point...

Australia: Koala at the wheel

That’s why Kim Kardashian has had enough of Kanye West

Chess market from top players such as The House of Staunton,...