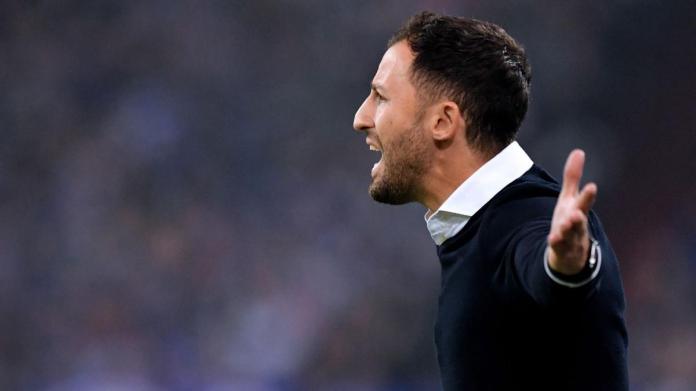 Mainz 05 can bury its hopes of signing Domenico Tedesco as the next head coach. Spartak Moscow is pushing a premature departure from the former Schalke coach. As the Russian capital club officially announces, they have decided to work together until the end of the contract next May.
It continues below the ad

“Recently there were rumors in the media about the change of Spartak’s head coach and names of possible candidates for the role. In this context, the association expresses its full support for Domenico Tedesco and its wish to continue working with him until May 2021 “According to an official announcement.

Tedesco also speaks out: “I’m happy that the club and the team want to continue this positive season with me. It’s a sign of great trust and we keep showing how honest and respectful our relationship is. I am totally motivated and can hardly wait for the season to start again. “

Moscow is currently in third place in the table and is six points behind leaders Zenit St. Petersburg. The former Schalke coach had recently let Spartak know that he would no longer extend his contract, which was running out at the end of the season. As a result, reports made the rounds that the 35-year-old could even leave the club prematurely to return to the Bundesliga.

Mainz run out of candidates

Mainz 05, which, after the dismissal of sports director Rouven Schröder, is aiming for a more profound personnel change, was considered a possible new Tedesco club. After the rejection of the ex-Schalke, the former Mainz professional Bo Svensson remains as the only remaining trafficked coach candidate. The current trainer Jan-Moritz Lichte cannot be excluded.

Nel ASA share: The price rocket threatens to burn out, but...

FMA and OeNB have defined their joint priorities in banking supervision...

Berlin & Brandenburg: Administrative court decides on the ban on meetings

“Lucas asked a lot from me”

Crypto Market Report: How Bitcoin, Litecoin & Co. Are Developing on...