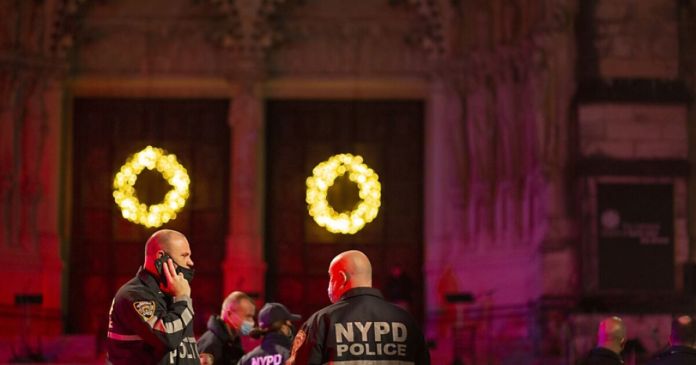 In New York a man who opened fire on the sidelines of a Christmas concert was shot dead by the police. The man had shot on Sunday (local time) in front of the St. John the Divine Cathedral in Manhattan, but did not injure anyone, as the local police chief Dermot Shea announced. Three police officers then fired at the man at least 15 times, at least one of the bullets hit him in the head.

Shooting in front of the cathedral in New York

A choir had performed Christmas carols in front of the cathedral. Several hundred people attended the concert. A journalist in attendance said the man opened fire as the crowd began to break up after the concert ended. He stood on the church stairs and shot. “I just ran for my life,” said the journalist.

Another witness said the man fired eight to ten shots before being shot himself. The background to the incident was initially unclear. The police found two firearms at the scene. Nearby, she also discovered a bag with a full gasoline can, rope, wire, and several knives.

A Google Chrome update brings subtitles for podcasts and streams