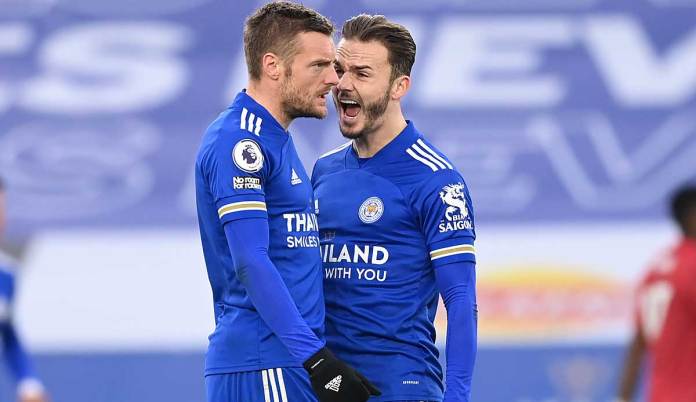 The pursuers of Liverpool FC stole points from each other on Boxing Day. The table runners-up Leicester City and Manchester United separated 2: 2 (1: 1) and opened the Reds, trained by Jürgen Klopp, the opportunity to pull away in the title race. On the evening of Boxing Day there will be the London Derby between Arsenal and Chelsea (from 6.30 p.m. on LIVETICKER).

England international Marcus Rashford with his 50th Premier League goal (23rd) and Portuguese Bruno Fernandes (79th) gave United the two lead. The Foxes came through Harvey Barnes (31st) and an own goal by Axel Tuanzebe (85th) to equalize. Manchester had won their previous six away games that season.

“We had a lot of great chances and we could have played it to the end. They are a very dangerous team with quality and Vardy just showed his quality,” said United team manager Ole Gunnar Solskjaer.

Liverpool, who started their 15th matchday four points ahead of Leicester, are favorites on Sunday in their home game against penultimate West Bromwich Albion.

View into the universe: Astronomers discover Quasar – the most distant radio beacon to date

New plans for the Covid vaccine from Austria