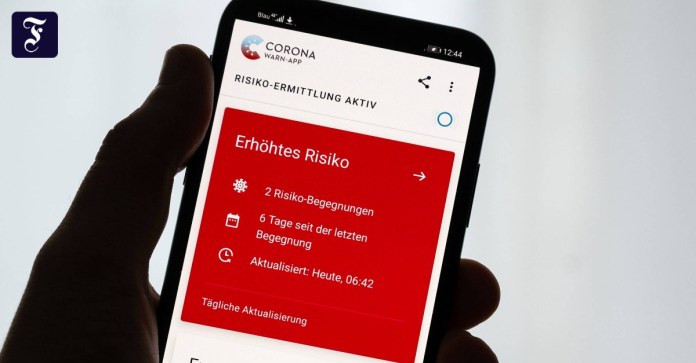 Dhe spread of the Corona warning app also suffers from the fact that many citizens do not know enough about its function. This is what economists at Goethe University conclude from a representative survey with more than 1000 participants.

Around 55 percent of the citizens stated that they were basically ready to install the application. However, only 23 percent actually use the app. What people think of this type of pandemic fight depends on their life situation, but also on their knowledge of the app. Those who belong to a risk group, who often travel by bus and train or who do the shopping for the family, have more sympathy for it. It also has a motivating effect when relatives and friends find the application good.

However, even many proponents of the app don’t know exactly how it works – for example, whether GPS is used to track contacts, whether they have to report a positive test result, or whether their data can be used for other purposes (none of this is the case).

To test whether education helps, the researchers presented short informational videos to test subjects who rejected the app. After that, almost a third showed that they were ready to install the program. A further advertising campaign by the federal government could therefore be useful.

Ski jumping: Kramer flies away everyone in Russia

Statement by KPMG auditor increases pressure on EY | in Wirecard...

Raffl-Assist in the Flyers’ winning goal against NY Rangers

Own goal of the year ensures a sleepless night – Germany