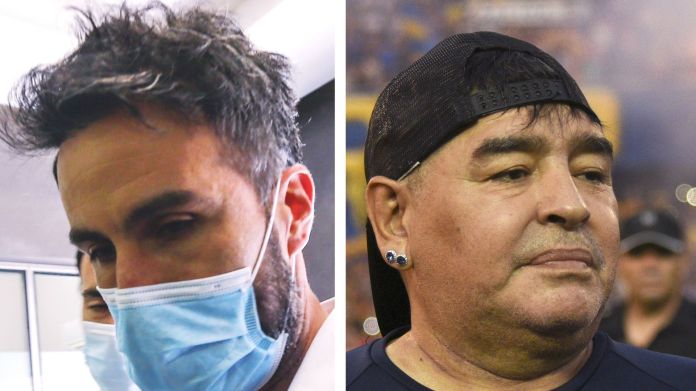 Could Diego Maradona’s (✝60) death have been prevented? For many people around the world, the soccer star was a living legend. Last Wednesday, the news of his passing hit her particularly hard. After the former sports professional had to undergo surgery for a blood clot in his head about three weeks ago, he died of a heart attack just two weeks later. His personal physician Leopoldo Luque now declared that Diego should have belonged in a drug withdrawal!

Shortly after the football icon’s death, the neurosurgeon spoke about the life of in a moving television interview Diego and his final moments. Since he had built up a friendship with the Argentine over time, he suffered a lot from the loss, he revealed in the conversation. But he could not blame himself for anything because he had tried everything humanly possible to help his sick friend, he emphasized his innocence. Because for days, voices have been louder that a possible failure of the doctor as a reason for the death of Diego cite. “He should have gone into rehab, but he didn’t want to. He was uncontrollable.”Luque explained now.

That Diego Has long had a drug problem is no secret. In 1991, the then 31-year-old was first able to detect cocaine residues in the blood in a doping test. In 2000 he suffered a severe heart attack as a result of his consumption. But even that didn’t seem to stop him from indulging in his addiction over and over again.

General – Athletes Germany “concerned” about the accumulation of heart muscle...

Medvedev first time in the final of the Australian Open tennis No rapid tests for everyone from March onwards

Germany: Hacke: Imagine God as a melancholy type of artist –...