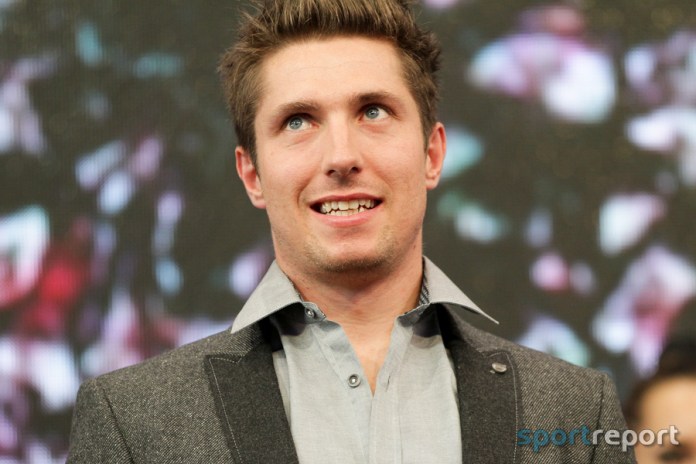 The eight-time overall World Cup winner has decidedly ruled out a comeback. Dominic Thiem attaches more importance on Grand Slam title as the top of the world rankings.

Max Verstappen and Dr. Helmut Marko want to win the world championship with Red Bull Racing in 2021. And Marko Arnautović calls the knockout phase as an EM goal. Those were the highlights of the year-end gala of “Sport and Talk from Hangar-7” on December 21, 2020.

ALPINE SKIING
“I wasn’t aware that it was being picked up like that. The ulterior motive was simply to go skiing. “- Marcel Hirscher on his ski video posted on social media.

“I don’t mean to say that I’ve forgotten everything. Everything is saved and I can call it up very quickly. Still, I wouldn’t be at all happy to be inside this bike every day. But it really gave me a lot and showed why I enjoyed doing it so much. “- Marcel Hirscher about supposedly impressive times in training with the ÖSV men

“No chance – and no desire either. But what I feel like doing is feeling a few goals every now and then. I didn’t stop because I wasn’t able to ski anymore. “- Marcel Hirscher completely rules out a comeback.

“In the end, the best won, no question about it. I wasn’t so surprised about individual performances, but about tactical mistakes or unusual failures. ” Marcel Hirscher on a missing dominator in the season after his retirement.

“At the moment I have the dream situation to be able to shape my day as I want. Of course there are certain obligations that I am grateful for. There are also some projects that are important to me and that I enjoy. ” Marcel Hirscher about his new everyday life.

“The new product, which will be released in 2021, are the last remnants of my tinkering. I’m proud to see this on the slopes. And I am co-founder of a startup with which we produce slow fashion – which means: less is more. It should be something long-lasting, with performance in the foreground. “- Marcel Hirscher goes under the outfitters.

TENNIS
“I made good use of the Corona break because I finally had a really long time. We sat down and discussed what worked well and what needs to work better. That paid off in the second tournament. “- Dominic Thiem was able to work on various problem areas in the first lockdown.

“I can look at my career much more calmly now. No matter what happens: I won the title. But zero has changed in the matches. I was hoping to be a little more relaxed. But I was actually more nervous than before. “- Dominic Thiem reveals what his title at the US Open did.

“It could be that next year all four Grand Slams will be won by the big three, especially Djokovic and Nadal. Nevertheless, there is a greater chance that there will be more winning faces again. Maybe my title was so important because the others saw that it was possible. ”- Dominic Thiem expects more candidates for victory in the majors than in the past.

“When I’m number three, I want to be number one too. Not making it, but it wouldn’t hurt as much as if I had never won a Grand Slam. “- Dominic Thiem rates the value of major titles higher than the ATP ranking.

“As soon as I’m on the pitch, whether it’s a match or training, I don’t think about personal matters. I can turn that off completely. “- Dominic Thiem does not let the dispute with ex-coach Günter Bresnik affect his sport.

FORMULA 1
“As in previous years, our goal is the World Cup. And we realized that you need two cars at the front. In terms of strategy, this is much easier. And Pérez is currently driving in the shape of his life. At Albon there were too many ups and downs, but not enough constancy. “- Dr. Helmut Marko on the driver change at Red Bull Racing.

“He has a lot of know-how about how the Mercedes engine works. And after they fired him, he saw a lot of things at Mercedes. We are hoping for some knowledge transfer there. “- Dr. Helmut Marko on a special asset from Sergio Pérez.

“I don’t care what the others say. You have to win races and become world champion. “- Max Verstappen on second place in the driver of the year election.

“The engine will gain significantly in performance, Ferrari is far away, Mercedes has durability problems. And the technical regulations are not that different. “- Dr. Helmut Marko sees Red Bull Racing at an advantage in the 2021 title race.

“He has the ambition to move everything to the absolute extreme and the lankiness, without any cramped ambition behind it. At Max you can see the knowledge of being the best in the rain. And when the situation changes, he doesn’t need any warm-up time like the other pilots. ” Dr. Helmut Marko on the exceptional Max Verstappen.

“I get on very well with Helmut. He’s very honest and open – a bit like a second father. I experienced the same thing with my own father. “- Max Verstappen on his mentor.

“With technical help from Honda, we can de facto continue to use this engine. For it to work, however, we need a freeze on development. “
Dr. Helmut Marko on the engine situation at Red Bull Racing.

SOCCER
“I’ve always received offers for a lot of money. The time has come when I want to experience another adventure. That is the case in China. But it wasn’t because of the money. “- Marko Arnautović on the motivation for moving to China.

“The top clubs in China can certainly play in Austria. There are up to five foreigners in each team. This increases the quality. “- Marko Arnautović on the level of the Chinese Super League.

“I don’t look at statistics. I like to play for the national team and always give one hundred percent. The only reason I’m on the national team is that it’s always fun. “- Marko Arnautović does not focus on breaking ÖFB records.

“You can’t always play world-class football. There are games where you play badly and still win. If you play very well and lose, you get criticism too. From my point of view, we can play all games badly – the main thing is that we win. ” Marko Arnautović on the criticism of the national team’s style of play.

“We want to progress in the group, but we know that the European Championship is something different than a qualification. Everyone can beat everyone. “- Marko Arnautović on the prospects at the EM.

Cyberpunk 2077 with the biggest digital launch to date

Brady and Tampa Bay in second NFL play-off round