Thomas Seitz calls masks a “burqa for everyone”. In the Bundestag he appeared with a perforated rag in front of his face. Now the AfD man is in a clinic. Diagnosis: Covid-19.

A month ago, Thomas Seitz caused outrage in the Bundestag with a perforated mask and got a reproach for it. Now the AfD MP himself is sick with Covid-19 – and so seriously that he has to be treated in hospital.

His office confirmed the diagnosis on Thursday. “The prognosis for a speedy recovery is favorable according to information from the attending physicians,” it said in a statement. The 53-year-old thanked the hospital staff in his home town of Lahr in the Black Forest for their commitment. The “Lahrer Zeitung” initially reported on the disease.

The fact that the member of the Bundestag is being treated in hospital at least suggests a more serious illness. His spokesman, however, initially told the newspaper that it was just “flu”. According to the report, Seitz is said to have officially reported sick at the Bundestag.

Seitz on masks: “Burqa for everyone”

The fact that Seitz, of all people, who has repeatedly downplayed the risk of Corona, is now sick with Covid-19, is not without a certain irony. At an event by his party in Ringsheim at the end of September, he said the disease is in statistics, but not in reality. The crisis management and the face masks are nonsensical.

Seitz worked regularly on the mouth and nose protection in particular. He once called masks “Burqa for everyone”, which only simulated protection. In the Bundestag he caused a stir in mid-November when he stepped to the lectern wearing an obviously perforated mouth and nose mask. After his lecture, Bundestag Vice-President Claudia Roth slowed him down and forbade Seitz to go back to his seat with his “holey cloth”.

Roth finally handed him an FFP2 mask, which she took out of sterile packaging with the help of a pen. Seitz complained about a “muzzle”, whereupon Roth threatened with a fine. A mask requirement has been in effect in the Bundestag since October 6th.

Hitman 3 shows the first 5 minutes in the gameplay video

Will there be a vaccination against multiple sclerosis (MS) soon? ... 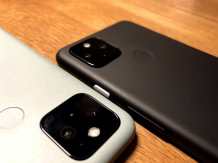 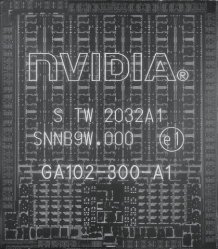 The shots of “Fritzchens Fritz” show the GA102-300 in detail

Bochum new second thanks to Zulj’s stroke of genius – football