A total of almost 28,000 out of around 38,000 school and kindergarten employees registered for the two days. Health Advisor LH Deputy Christine Haberlander (ÖVP) and the Upper Austrian Education directorates were very satisfied with the number of participants.

According to the broadcast by Governor Thomas Stelzer and LH deputy Christine Haberlander, the tests could be “carried out well and professionally in all locations in Upper Austria”. 552 members of the armed forces, 73 helpers from the Red Cross, 150 members of the volunteer fire brigade, 19 police officers and 76 employees from cities, municipalities and the state ensured that the tests were carried out smoothly. Stelzer and Haberlander thanked all these people as well as the educators for the numerous participation in the tests: “In this way, they have laid the foundation for a safe return to classroom teaching.”

At the same time, they appealed to all Upper Austrians to take part in the tests next week. Even if the test results of the first mass tests are “a relatively low infection rate, this shows us how dangerous the disease actually is. Because the current situation is pushing the hospitals and especially the intensive care departments to their limits, ”said Stelzer and Haberlander.

On Sunday evening, the Education Directorate said on APA request that the new school start on Monday should work well. The mass tests only brought a very small number of those who tested positive and the number of teachers affected by the coronavirus at school locations went back during the lockdown. As of Saturday, according to the country’s crisis team, 176 were in Upper Austria. School locations affected by the coronavirus pandemic and 173 students and 96 teachers tested positive for the virus.

The oö. Crisis team reported 20 coronavirus-related deaths on Sunday. Eleven people died from Saturday to Sunday, nine were registered for November and December. The deceased are between 63 and 95 years old.

The ban on visiting hospitals will be relaxed

With the end of the strict lockdown on December 6, the ban on visiting hospitals in Upper Austria will be relaxed. The federal guidelines will be adopted from December 7th, announced health officer LHStv. Christine Haberlander (ÖVP) with. Patients who have been admitted to the hospital for more than a week may be visited by one person once a week. There are exceptions for minors, around childbirth and in the context of palliative and hospice support.

This step can currently only be taken because a slightly downward trend in infections can be seen. “If the numbers change, we have to reverse this relaxation. To protect patients and employees, ”emphasized Haberlander. The situation in the Upper Austria. Hospitals are still tense. People should be particularly careful when visiting and strictly adhere to the measures.

From Sunday will also be vaccinated against Corona in Berlin –...

Ski jumper Peeing after a ruptured spleen: “According to doctors, I’ll... 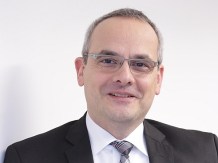 Helvetia Germany has a new head of sales