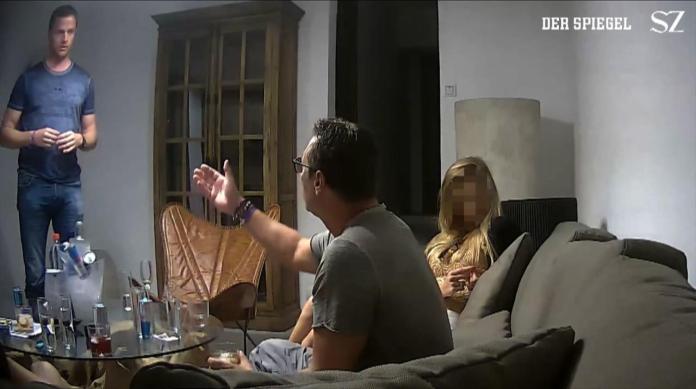 Private detective Julian H. is considered to be the mastermind behind the Ibiza affair. He has now been tracked down in Germany and arrested by the police.

H. went into hiding after the Ibiza video appeared and was wanted by the authorities. Now he has been tracked down and arrested in Germany. After a tip from the Romanian police, the handcuffs clicked and he is currently being interrogated in Berlin. The Vienna public prosecutor’s office confirmed the arrest on Friday. Now one is waiting for the decision of the local authorities, when the handover to the Austrian authorities can take place, a corresponding application has been made.

The public prosecutor’s office in Vienna had initiated an investigation against the alleged authors of the decoy video with Heinz-Christian Strache, which triggered the crash of the turquoise-blue government and new elections in September. The focus of the investigation is the Viennese detective Julian H., who ran a detective agency in Munich and who is said to have played a key role as a companion to the alleged Russian oligarch.

The private detective is accused of illegally making sound and film recordings and trading in around three kilograms of cocaine; The man who is said to have set up the 2017 Ibiza trap was searched for a year.

Curious: Although he was wanted, H. testified at the end of October 2020 in a trial against a former security advisor at the Krems court. At that time it was about fraud, among other things, the private detective was connected to the jury court room by video. At that time H. was reached through his lawyer, it was said. According to the report, the lawyer has a law firm in Berlin.

The former FPÖ chairman and involuntary “main actor” in the Ibiza video, Heinz-Christian Strache, only briefly commented on the arrest of the alleged mastermind of the action, Julian H. “I am happy about the arrest after such a long time and hope for a quick and complete explanation and also for the uncovering of the other accomplices, clients and backers”, it said on Friday in a written statement to the APA.

The Ibiza scandal not only catapulted the then FPÖ Vice Chancellor Heinz-Christian Strache from his office and with his party colleague Johann Gudenus from the FPÖ, it also triggered a political quake, new elections and investigations to this day. The “protagonists” are accused of being willing to commit corruption, to illegally finance political parties and to take power in the media, and a committee of inquiry was set up.

WhatsApp, Telegram, Signal: This app shows which messengers your friends are...

Lauterbach raises the alarm before public holidays: “Otherwise we will have...

From Diana to Harry and Meghan: does history repeat itself?