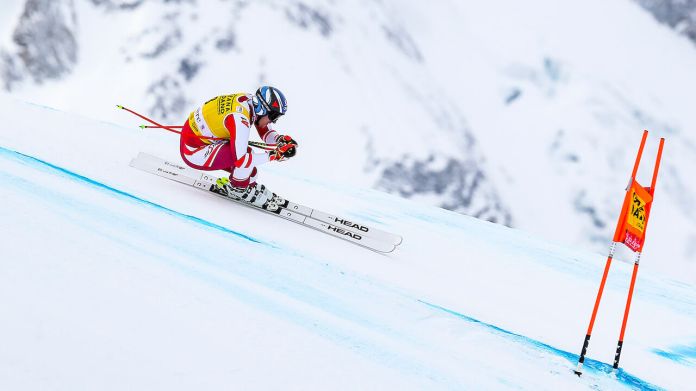 Matthias Mayer was lucky to get away with a fall in the second downhill training session in Val d’Isere.

The Carinthian falls in the lower section of the route at over 100 km / h. “I drove too straight into the curve. There were such slight hits at the gate, that made me a little too far, the net was there very quickly. I couldn’t brake anymore,” reports the Carinthian, who had been doing well up until then was on the way.

“It’s not bad, but there are still a few things that I can do a little better.” The first descent of this competition winter will take place on Sunday, the Super-G will rise on Saturday (10.30 a.m. / both in the LIVE ticker). In any case, Kriechmayr seems to be well equipped for the start.

“You can’t buy anything from training”

Second best Austrian is surprisingly Daniel Hemetsberger, who is number 50 in 5th place. The Upper Austrian is happy: “I was a bit bruised after yesterday’s ride, and that wasn’t exactly better today before the ride. That’s why I consciously drove a very high position down below.”

He left more resounding names behind him: Kjetil Jansrud was ninth, 1.27 seconds behind, while Beat Feuz and Dominik Paris landed in 41st place (+2.91).

In the World Cup, Hemetsberger has been the only result to date to be 15th in Kvitfjell in 2020. The 29-year-old didn’t want to speculate with a top result on Sunday just because of the training performance.

“It’s still just training, you can’t buy anything from it.” Many veterans have not yet revealed their cards. He has planned to finish in the top 20. “That is also a realistic goal.”

Bundesliga: Dominik Szoboszlai is about to move to RB Leipzig

The mud battle at VfB Stuttgart: Everything for the club ?!...

The federal and state governments are discussing lockdown

BVB – Mats Hummels takes over against Favre: “Gave the opponent...

Housing estate in Stuttgart-Rot: ideas competition for the district on Rotweg...