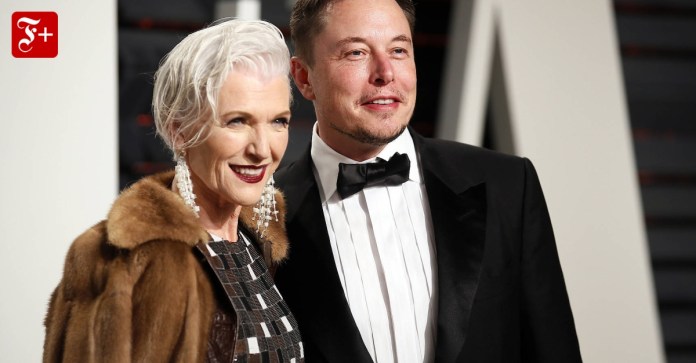 Maye Musk is the mother of entrepreneur Elon Musk. Her autobiography “A woman, a plan” will be published on Thursday.
Bild: Danny Moloshok

If you want to understand Elon Musk, you have to get to know his mother Maye. In an interview, she talks about adventure tours in the desert, her modeling career at 70 and how she once renounced dates out of poverty.

Et was the year of Elon Musk. After he was long considered a loudmouth and attracted attention with strange tweets, everyone has taken him seriously since this year. His electric car company Tesla became the most valuable American car company of all time. The company is finally making enough profits to be included in the US S&P 500 stock index. And Musk’s space start-up Space X brought people into space for the first time. You can better understand what makes Elon Musk tick when you meet his mother Maye. Her autobiography “A woman, a plan” will be published on Thursday. She has a lot to tell: When she was two years old, she moved with her family from Canada to South Africa – partly because of her father’s thirst for adventure, partly because he had messed with the Canadian government, whose policies seemed too communist to him. Today Maye Musk is one of the world’s most sought-after models over the age of 70, a nutritionist and consultant with two master’s degrees, all with an eventful private life. The Musk family is notable in many ways.

Ms. Musk, your new book contains a rather shocking episode in your life. You tell how your husband beats you up and your son Elon is desperately trying to help you …

Esslingen police: irresponsible father does not buckle up his children in...

Dax price currently: gold price is at a crossroads