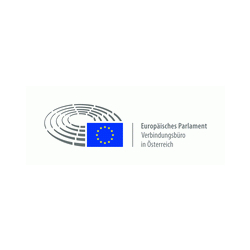 The Sakharov Prize for Freedom of Thought will be awarded by the European Parliament today, Wednesday, December 16, 2020.

Vienna (OTS) – Belarus has found itself in a political crisis since the controversial presidential elections on August 9, which led to an uprising against the authoritarian President Alexander Lukashenko and the regime’s brutal crackdown on demonstrators.

The democratic opposition in Belarus is organizing protests against the brutal regime. It is represented by the Coordination Council, an initiative of courageous women and prominent personalities from politics and civil society.

These personalities will be honored with the Sakharov Prize by the European Parliament on December 16.

MEP Christian SAGARTZ (ÖVP), Deputy. Chairman of the Subcommittee on Human Rights, pays tribute to the award winners: “Svetlana Tichanowskaja, her fellow campaigners and supporters are tirelessly fighting for democracy, freedom and human rights in Belarus. You and many thousands of demonstrators are constantly in danger of being beaten, kidnapped and tortured by the henchmen of the so-called President Alexander Lukashenko. With the Sakharov Prize, the European Parliament honors this admirable, risky and consistent commitment, which is largely carried out by courageous women. It is a clear signal of support for the people of Belarus against the brutal Lukashenko regime, which tramples on human rights. ”

MEP Bettina VOLLATH (SPÖ), member of the Human Rights Committee, adds: “After the fraudulent elections in Belarus in August, the autocracy around Alexander Lukashenko is still clinging desperately to power, but a broad opposition movement has emerged, which includes all ages. and social classes, but is particularly supported by the commitment of fearless women. The Sakharov Prize is intended to honor and encourage people in their tireless and courageous desire for freedom of expression, fair elections and basic democratic rights. It is a loud and clear call for freedom and democracy across Europe that we as the European Parliament support ”.

Thomas WAITZ (Greens), member of the Committee on Foreign Affairs, also called on the occasion of the award of the Sakharov Prize to support the Belarusian opposition: “It is time for democratic change. Furthermore, people take to the streets every week and fight for their country at risk of death. They deserve the greatest respect and our solidarity. The EU will continue to support the Belarusian opposition in their democracy efforts. “

Germany in Christmas lockdown – what’s next?

Meillard impressed in the qualification – Odermatt one lap further

Biathlon World Cup live on TV & Stream: Who will broadcast...