When will the next full lockdown come? Chancellor Merkel and the prime ministers of the federal states discussed this at the next crisis summit. The subsequent press conference in the live ticker.

The lockdown light has had its day: After the number of corona cases in Germany has not dropped noticeably since November despite massive restrictions, politicians are taking action. On Sunday morning, Chancellor Angela Merkel and the Prime Ministers discussed new measures by conference call.

An overview of the content and scope of the next “hard lockdown” can be found here.

Bavaria’s Prime Minister Markus Söder is now calling for consequences: “It’s five to twelve,” he says. “All or nothing.” There are no longer any half-hearted restrictions. “Corona is a catastrophe.” It applies: “Lockdown from Wednesday.” How long, stay open.

11:19 a.m.: Chancellor thanks the staff in the hospitals

Merkel called on the population to adhere to these regulations and thanked the health and care staff. “It will be a difficult Christmas for them,” said Merkel.

11:18 am: Church services are still allowed

According to Merkel, church services should remain possible under strict regulations. “We are in close contact with the churches on this,” says Merkel.

In view of the spreading corona pandemic, public life in Germany will be drastically shut down from next Wednesday (December 16). The retail trade, with the exception of shops for daily needs, has to close. This was announced by Chancellor Angela Merkel (CDU) after consultations with the Prime Minister on Sunday.

11:13 am: “Corona requirements from early November were” not enough “

The partial lockdown that has been in force since the beginning of November “was not enough”, according to Merkel. The exponential growth of new corona infections could be stopped for a while, says the Chancellor. But then there was a “sideways movement”, and for a few days there has been exponential growth again.

The aim has always been to avoid overloading the health system, said Merkel. The tightening of the measures that has now been decided will have an impact on the holidays. But: “We are forced to act and are acting now.”

11:12 am: The press conference begins

Camila Cabello on Shawn Mendes: “I have to constantly grapple with... 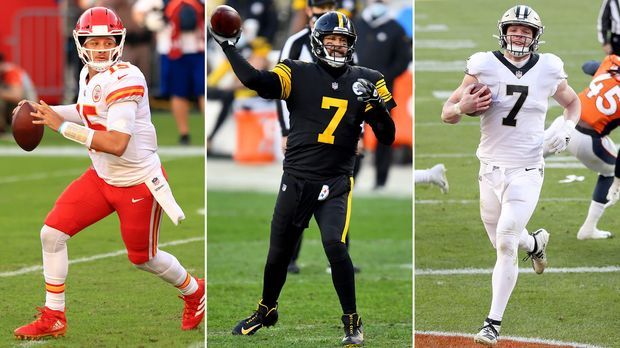 The playoff scenarios for the 13th matchday